Due to the rising tensions in the countries neighboring Northern Israel, the IDF has recently positioned multiple “Iron Dome” anti-rocket systems around Israel’s north.

The IDF denies that the recent placement of  Iron Dome batteries has anything to do with the insurgency in Syria or the alleged chemical and game-changing weapon transfers.

The question is, why would Israeli Arabs hurl curses, harass and stone IDF soldiers — when the anti-rocket system protects them as well?

What a perplexing country we live in. 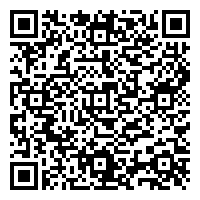