Avrumi perused the signs posted on the bulletin board of his yeshiva. He had seen most of the notices before, so he glossed over them quickly. Then he saw a new sign posted by the office: “We have arranged a 10% discount for our talmidim at the local seforim store. Please register at the store to get your discount card.”


The next time Avrumi went to the store he registered for the discount and received his card. He purchased a two-volume set of seforim on business ethics and halacha.

Two weeks later, Avrumi showed off the seforim he had just bought to a cousin of his, Ruby, who was visiting from another town. Ruby thumbed though the pages and read some of the discussions.

“They look like wonderful seforim,” he said. “How much do they cost?”

“What do you mean?” asked Ruby. “Isn’t the store right across the street from your yeshiva?”

“I’d be happy to get the seforim for you,” Avrumi replied. “I meant I wasn’t sure I can get the discount for you.”

“But that’s not honest,” said Avrumi. “You’re not entitled to the discount.”

“If I’m buying it for you and utilize my discount, then I’m cheating the storeowner,” said Avrumi. “He only offered the discount to talmidim of our yeshiva, not to other people.”

“I think you’re being unnecessarily scrupulous,” said Ruby. “The store is still earning a nice profit!”

“That’s irrelevant,” said Avrumi. “I’d like to introduce you to Rabbi Dayan, though. We can go ask him!”

The two went to Rabbi Dayan’s beis medrash. Avrumi explained the situation and asked: “Can I utilize my discount to purchase the sefer for Ruby?”

“You are not allowed to,” answered Rabbi Dayan. “If a seller provides special discounts to certain customers, they are intended for these customers alone. It may be on account of some subsidy, consideration of the institution, a desire to benefit that customer group, or a targeted advertising means. Someone who abuses this privilege to buy for others who are not entitled to the discount is guilty of theft.” (Pischei Choshen, Geneivah 1:1)

“But I know a lot of people who do that,” said Ruby. “Doesn’t that say something?”

“Sometimes what people do is indicative of a common commercial practice, minhag hamedina,” said Rabbi Dayan. “However, unfortunately, many people rationalize when it comes to money. The Gemara [B.B. 165a] notes that the majority of people are tainted with theft. Rashi explains that most people do not act completely honest and rationalize in business to withhold due profit from another.”

“What if the cashier allows him to use the discount card for me?” Avrumi asked. “Does that help?”

“A simple cashier would not suffice,” said Rabbi Dayan. “It would have to be an authorized person, such as a sales manager.”

“How about if I wanted to buy a sefer as a gift for someone else?” asked Avrumi. “Can I use my discount for that?”

“That would be perfectly permissible, since you are buying it for your purpose – to use as a gift – even though it will be given to someone else,” said Rabbi Dayan. “This is different from your case, though, where you are simply buying the sefer in lieu of the other person who is not entitled to the discount.”

“What about club cards and the like that afford discounts or sales prices?” asked Ruby. “I assume those would be the same?”

“If the store is restrictive in offering the club card and is insistent the cards are for individual use only, it would be the same,” said Rabbi Dayan. “However, if the club card is freely available to everyone, and the sole purpose of the card is to promote regular patronage of that store, it is permissible to use for others. This is true even if the card states on it “nontransferable” for various legal reasons, since the store is willing and interested here to encourage purchases by any customer.” (See Mishpetai HaTorah, B.K. #95) 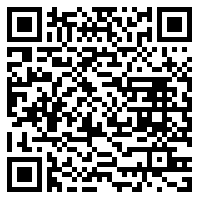