JewishPress.com columnist Paul Gherkin raised an important point in his article today, which is not just the fast growth rate of Jerusalem’s Arab population, but also that their poverty levels are high due to the fewer job opportunities that exist in Jerusalem compared to the rest of the country.

As often as I find myself disagreeing with Yerushalmi, to the point where reading him as of late has become simply tedious, in this case he’s right.

There’s another significant factor that keeps Jerusalem’s Arab population size artificially inflated, despite the lack of housing and job opportunities – and it has nothing to do with religion.

After 1967, Israel found itself with a lot of Arabs in newly reunified Jerusalem, but not quite sure how to deal with this enemy population who mostly grew up hating Jews and Israel.

Eventually it was decided that Jerusalem’s Arabs would be given Residency Status – they would have full civil rights and benefits, except voting in national elections (they can vote in Jerusalem’s local elections), along with a path to citizenship, if they wanted to become Israeli citizens.

Most were happy with that option. They received all the benefits of modern Israeli society, without the stigma of acquiring that despised Israeli citizenship.

The downside is that Israel required these Arabs to reside exclusively and almost constantly in Jerusalem, otherwise they lose their Residency Status.

The unintended consequence is that Jerusalem’s growing Arab population can’t leave Jerusalem for any extended period of time to build a life elsewhere. If they do, they’ll lose all their Israeli benefits and residency status.

The option is still there for them to take Israeli citizenship – but most don’t want it and probably never will.

Yerushalmi’s plan is to get rid of the Jerusalem residency requirement.

It would be as if they all took the citizenship option, without the downside of their acquiring national voting rights.

This idea is not without risks and problems, perhaps to be discussed in another article.

But as long as the path to citizenship remains open to them, there’s no risk of calling Israel an Apartheid state, just as Puerto Rico’s referendum against becoming a full US state doesn’t make the US an Apartheid state.

Perhaps, as Jerusalem’s Arab integrate into other Arab communities in Israel, get better jobs and settle down, they will become less religiously extreme. Some may want to take on full citizenship. Others may want to leave Israel completely, knowing they can come back if they wanted.

One thing is for sure, removing the Jerusalem residency requirement, would safely release one of Jerusalem’s most major pressure valves and keep the city unified.

Jews Attacked by Arabs in Jerusalem on Tisha B’Av

The Deal Within the Deal of the Century 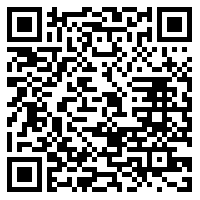