I can’t deny it, it’s exciting that we’re potentially getting a right-wing coalition, at least on paper and according to the rumors.

A lot of changes are said to be afoot. Let’s take a look at them.

Liberman as Defense Minister: This could be great – if he walks the walk as much as he talks the talk.

It remains to be seen how he’ll act once he has the job, but after months of Ya’alon talking down to the nation from his pseudo-moral perch and rushing to castigate our soldiers in the public arena before running proper investigations, it will be good to have a Defense Minister who is hopefully more interested in winning wars and crushing the enemy rather than telling us how moral his army is compared to the rest of the country and then telling us how the army’s first job is to educate the country, as he’s handing over another terrorist’s body.

Netanyahu will need to decide if he wants Ya’alon around anymore, or if he’s become too much of a political liability for the Likud. This could always just be a ploy to get Ya’alon back in line and to shut up, but I doubt it.

But that’s only the first of the changes that may soon happen.

Liberman’s party is potentially also getting the Ministry of Immigrant Absorption, so Minister Ze’ev Elkin would be moved from there to become the Minister of the the Economy – Bennett’s old job.

And speaking of Naftali Bennett, he may be moved from being the Education Minister to being appointed as Israel’s Foreign Minister.

It’s a great move. His English is good enough, he understands the foreign media, and he brings his ideology with him to the job. It’s also astounding that a member of Bayit Yehudi (Mafdal) party will hold one of the top 3 positions (to the best of my memory), as amazing as it was when a Bayit Yehudi member was appointed Justice Minister.

Unfortunately, Justice Minister Ayelet Shaked may have to take over the Education Ministry.

It’s practically guaranteed she’ll do an amazing job as Minister of Education. Probably even better than Bennett (Shaked is potentially Prime Ministerial material, if she improves her English).

What’s disappointing is that she was doing an incredible job in reforming the justice system in Israel, and things were starting to change for the better.

But all is not lost, the Likud’s Yariv Levin might be moved over from the Tourism Ministry to take over Justice. He comes from a legal background, he’s a staunch right-winger and will hopefully want and be able to finish what Shaked started. The upside is that he won’t be as much as a lightning rod as she was, so it may be easier for him to complete the task.

Tzachi Hanegbi may get Strategic Affairs. He can’t do us too much damage there.

Overall, the coalition will be more stable.

With Liberman as Defense Minister may see the end of the building freezes and the anti-democratic administrative detentions/distancing orders without trials, perhaps he’ll implement a plan to help the poor, trapped Gazans emigrate to first-world countries where they won’t be under the tyranny of Hamas, and who knows, maybe he’ll try to extend Israeli law onto at least Area C.

One can certainly dream. 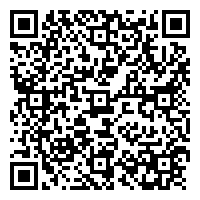