Israel’s “Democracy Holiday” is tomorrow, and those of us fortunate enough to live in Israel get a chance to try and influence the direction the country will take over the coming years via our national elections..

Unfortunately, many people are still undecided who they will vote for tomorrow, so the following is my modest attempt at providing some guidance to help you make up your mind.


For Israeli Left-wingers: As an attempt to find the lowest common denominator for Israeli leftists who take pride in being Israeli and Zionist – and leaving the 1967 territories and the de-centralization of Judaism from Zionism and/or Israel is major part of your agenda, the Muqata Blog advocates that you vote for Meretz. Meretz MK Zahav Galon is an outspoken MK who keeps her agenda focused in the Knesset and in the media – more than any other left wing party. Don’t be fooled into voting for Da’am – they believe that social protests must be political to be effective, which is the ultimate reason why social protests will fail in Israel. Politicizing them disunites the people and keeps social activists from the center or right from joining forces with them.

Withdrawal to the 1967 borders (incl. leaving the Golan), the establishment of a fully independent Palestinian state, and the dismantling of all settlements. There is no explanation given for what to do with the 5 million plus Arabs demanding the right of return (Meretz is not in favor of the “right of Return” nor is there an explanation for what to do with Hamas or any of the other active terrorist groups.

Transformation to a socialist economy, including increasing the national deficit and nationalizing non-profitable industries. Meretz knows that a socialist national economy would be a disaster.

No deportation of migrant workers, and their full integration into the Israeli workforce via unionization together with Palestinians from the Territories (unclear why the Territories still exist in the overall Da’am scenario).

Voting for a party that doesn’t pass the “ahuz hachasima” is a wasted vote. Don’t bother voting for a party that is too close to not getting into the Knesset – be pragmatic, otherwise you risk wasting your valuable vote. Israeli elections are about pragmatism and how to work the system to maximize the best result matching an individual’s ideology. Vote for a party that will definitely get in.

Preamble finished, let’s get down to business:

Rav Amnon Yitzchak runs the risk of missing the minimum votes needed to get into the Knesset. Result: Wasted Vote.

Rav Amsalem runs the risk of missing the minimum votes needed to get into the Knesset. Result: Wasted Vote.

Otzma LYisrael (Eldad and Ben-ari) runs the risk of missing the minimum votes needed to get into the Knesset. Result: Wasted Vote.

Aleh Yarok (Legalize Marijuana party and neo-Libertarian party) runs the risk of missing the minimum votes needed to get into the Knesset. Result: Wasted Vote.

Kadima/Shaul Mofaz thankfully runs the risk of missing the minimum votes needed to get into the Knesset. Result: Wasted Vote.

While I think that Yair Lapid’s party is simply a respin of existing centrist parties, and will eventually disappear like all the previous ones (Kahalani’s Third Way, Lapid’s father’s party — Shinui, Kadima, etc.) – yet you feel torn between voting for Lapid and Tzippi Livni, PLEASE vote for Lapid’s Yesh Atid.

Tzippi Livni is perhaps Israel’s most cynical politician who has successfully failed at everything she set out to do. From negotiating the humiliating UN resolution which ended the Second Lebanon War’s (none of Israel’s objectives were achieved), and Hizbollah has kept to none of the UN’s resolution’s cease-fire terms, to failing to form a coalition government after last election despite being the largest party, to being thrown out of her party’s leadership in shame, to founding a NEW party with Amir Peretz as her #2, Livni is a disaster. For me, the final straw was bashing Bayit HaYehudi because of the “scoop” that Yigal Amir was voting for them. Maybe we should remind everyone that a convicted sexual molester (Haim Ramon) supports Livni, (oh wait, that actually is relevant because he was an actual party colleague of hers. Lapid is on record against splitting Jerusalem, so that’s also better than Livni who is in favor of splitting Jerusalem. Bottom line, if you are wavering between Lapid and Livni, go with Lapid. 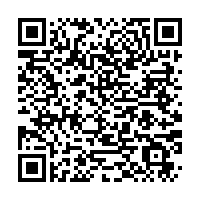