The people in this picture are residents of the colony of Petach Tikvah who, sometime between 1930 and 1936, celebrated adding a new Sefer Torah to their shul.


When the colony was attacked by local Bedouins, the residents established the first Jewish fighting force in Eretz Israel since the destruction of the Temple, and named it Hashomer – the Guard.

On this election day morning, when Haredi rabbis interrupt their brawls in Brooklyn to come to Israel and instruct us on how a good Jews shouldn’t vote in the “impure” Jewish state – someone should inform them that the original Zionists here were good Jews much like themselves, but with the exception that they not only put on talis and tefilin every day – they also worked the fields and built homes and defended themselves – in the promised land.

If you can’t see that, can you really call yourself a religious Jew? 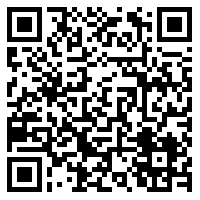