The Jewish nation has a responsibility that has been ongoing for thousands of years; to remain as a light unto the other nations of the world. Yet, I look around at numerous people in our communities and beyond, and I find it difficult to believe we’re doing that job justice.

The sex, drug addiction, malicious attack and general misconduct scandals that are coming out nowadays are sickening and shocking. The news I hear on a regular basis doesn’t surprise me anymore because that’s how low it seems we’ve sunk.

Before G-d pulled our ancestors from the clutches of slavery in Egypt, it is believed that they had fallen to the bottom level of existence. The only things that differentiated them were their names, clothing and language, which remained unique.

Granted, nowadays there are different things that can make us stand out because we have been given the Torah and the laws that encompass it. Keeping Shabbat, eating kosher, remaining faithful in matrimony and religion, as well as many other key commandments, keeps our people constant.

But, it seems that slowly, our core characteristics are melting away. Sadly, the things that once defined our people no longer do anymore. We’re blending in. Some are scared to stand out; some simply don’t want to.

Maybe I’m just naive; but to me, it is as if our standards have plummeted. It’s become acceptable for people to act in inappropriate ways. There’s a ‘it’s a free world, do whatever the hell you like’ attitude in play and that’s wrong.

The fact is we shouldn’t do whatever we want. Yes, for some things, the only repercussion we will receive is a divine one which is easy to ignore. Being threatened to be ‘cut-off’ from G-d is a difficult concept to comprehend and feel. But some of the laws we have are to shape us as better people.

The raging fire we used to have as a combined nation has become but a weak spark.

In hard times, we show our solidarity for the religion we’re supposedly proud to be a participant of. But it’s the gaps in between those moments that things appear to fall apart.

We need to reintroduce boundaries, rediscover our limits and re-establish our principles.

Try – try and become a better you. Nobody is perfect. Everyone has something they can improve upon; no person can claim they’re impeccable.

If you’re doing something that you wouldn’t want your son, daughter, mother, father, spouse, friend or family member doing, stop it!

The fact is, if we give up trying to develop ourselves, we become complacent and stop caring what we turn into. It needs to be a daily routine to think of what we can do, for our own sake, to make us into someone we’re proud to be. 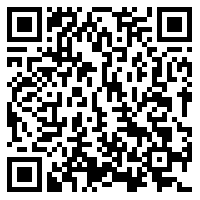