While the IDF was still cleaning up aafter the first terror attack near Kiryat Arab this morning, a second Arab driver tried to ram into the soldiers at the Elias junction around 7:15 AM, just a half hour later.

The car came from Highway 60 and hit an IDF officer’s car. The terrorist has been shot and killed.


The officer was lightly wounded in this attack, in addition to the soldier wounded earlier.

The northern entrance to Kiryat Arba is currently closed to traffic. 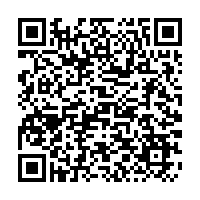