Two Arab terrorists opened fire on Israeli civilians and soldiers at the bus stop near Kiryat Arba on Monday morning, around 6:45 AM, according to Hatzalah Yo”sh.

The attack happened near the Elias junction, which is near the entrance to Kiryat Arba.

The IDF reports that the two terrorists, who were armed with a pistol and a rifle, were shot and killed by IDF troops guarding the bus stop.

One IDF soldier was lightly wounded.

A half hour later, there was a 2nd terror attack at the same location.

The northern entrance to Kiryat Arba is currently closed to traffic.

Three, possibly four soldiers have been injured altogether in the attacks.

Three of the wounded have been taken to Shaarei Tzedek hospital: 2 wounded from the ramming, and 1 with a gunshot wound. 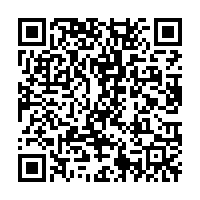