Let us count the ways.

First from the censored WAFA version I caught earlier:

The Question Palestine is intricately linked with the United Nations…and via the essential and lauded role of the United Nations Relief and Works Agency for Palestine Refugees in the Near East – UNRWA – which embodies the international responsibility towards the plight of Palestine refugees, who are the victims of Al-Nakba (Catastrophe) that occurred in 1948.

1. If the UN counts, why not the League of Nations and its support for the reconstitution of the historic Jewish home in Palestine?


The core issue here is that the Israeli government refuses to commit to terms of reference for the negotiations that are based on international law and United Nations resolutions, and that it frantically continues to intensify building of settlements on the territory of the State of Palestine.

3. No. The Palestinian Authority refuses to recognize Jewish national identity.

4. Those activities are specifically guaranteed by international law, Article 6, League of Nations, July 1922.

5. Moreover, if Jews cannot ‘settle’ in the Land of Israel, where can they reside?


At the same time, the occupying Power continues to impose its blockade on the Gaza Strip and to target Palestinian civilians by assassinations, air strikes and artillery shelling,

6. If no Arab terror activity, no shellings, mortars, rockets or tunnels, no restrictions.

In recent years, the criminal actions of armed settler militias, who enjoy the special protection of the occupation army, has intensified with the perpetration of frequent attacks

7.  Attacks have gone down. They are dealt with by police. Are Arab terrorists paid the the PA coffers for killing Jews?

we agreed to establish the State of Palestine on only 22% of the territory of historical Palestine – on all the Palestinian Territory occupied by Israel in 1967.

8. Of all the original territory of “Palestine”, Israel is but 25%.

I appealed to the British Government to rectify the grave injustice it inflicted upon the Palestinian people when it issued the Balfour Declaration in 1917, promising Jews a national homeland in Palestine, despite the fact that Palestine was inhabited by the Palestinian people and was among the most progressive and prosperous countries

9.  To do that, Abbas is requesting a negation of Zionism per se.

This “official” version, as does Haaretz and Times of Israel, leaves out all this negative, irrational, myth-creating and fantasy.  And watch the MEMRI recording. As Noah Pollack writes:

the [NY] Times left out all the good stuff–the rank anti-Semitism, the crazed conspiracy theorizing, the threats of violence, the glorification of terrorists.

Even Barak Ravid, formerly of Haaretz and now Senior Diplomatic correspondent, Channel 10 News had to admit:

And former US Ambassador Shapiro wrote it was:

a shameful speech full of bizarre canards about Israel’s illegitimacy

Now, to the MEMRI clip:

Again, the “Palestinians” preceded the Jews:

Cromwell came up with an idea:

What really happened is

In 1653, at Oliver St John’s suggestion, Cromwell issued an official directive to authorise, “Menasseh ben Israel, a rabbi of the Jewish nation, well respected for his learning and good affection to the State, to come from Amsterdam to these parts.”

In other words, just the opposite direction!

The man is psychotic.

And what did Herzl declare? Really?

He mentions the fictitious Campbell-Bannerman report.

It gets worse. Watch it all.  And now, read it.

I have termed this “identity theft”.

And read this blogpost. 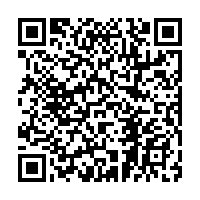