Israel attacked the Mezzeh military airport in Damascus, according to Ha’aretz, citing sources in the Syrian opposition reporting on Wednesday.

According to the reports, the attack hit weapons warehouses belonging to Hezbollah. The targeted structures were damaged.

The same airport was subject to an attack that Syria blamed on Israel on January 13, 2017.

In 2013, the airport was described by the BBC as “an important strategic installation playing a significant role in distributing the government’s military supplies.”

Also in 2013, Reuters reported that Mezzeh was “used by Syria’s elite Republican Guards, Special Forces and Air Force Intelligence, [and] also serves as a private airport for the Assad family.”

Israel fears the rebuilding of the Syrian army’s missile arsenal, which has been almost completely depleted in the war against the rebels, and the establishment of Iranian weapons factories in Syria and Lebanon, which would improve Hezbollah’s ability to launch rockets at Israel. 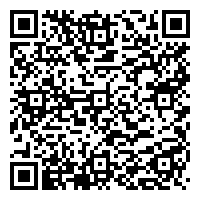