Reported in the New York Times:

U.N. Agency Suspends Food Aid After Protest in Gaza By JODI RUDOREN The United Nations Relief and Works Agency in the Gaza Strip stopped food distribution and other services for refugees indefinitely, an official said Friday.

What happened was that last Thursday, the agency’s Gaza headquarters was breached:

“What happened today was completely unacceptable: The situation could very easily have resulted in serious injuries to UNRWA staff and to the demonstrators. This escalation, apparently pre-planned, was unwarranted and unprecedented,” Robert Turner, head of the agency’s Gaza operations, said in a statement.  “All relief and distribution centers will consequently remain closed until guarantees are given by all relevant groups that UNRWA operations can continue unhindered,” he said.

So, is Israel wrong in its policy since we’re actually targeted by mortars, shootings, rockets, missiles and underground tunnels?

The hardcopy has this article somewhat buried at the bottom of page A4 under two other articles. Were it Israel–my oh my, it would be on pg 1 and take up half the page. 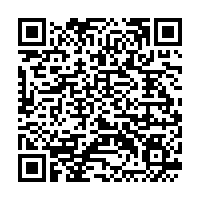