The rocket exploded in an open area, causing no injuries but interrupting a Holocaust Day ceremony as people scurried to a security shelter. The ceremony continued shortly afterwards.

Residents and police have not yet determined if the explosion cause property damage.

Defense Minister Moshe Ya’alon last week repeated a years-long litany of threats that Israel will not remain silent in the face of rocket attacks.

Judging by last week’s response, Israel has not changed its policy not to upset the international community with “disproportionate” retaliation and instead continues to play Russian Roulette and wait for a Kassam missile, which has no guidance system, to fall in the wrong place at the wrong time. 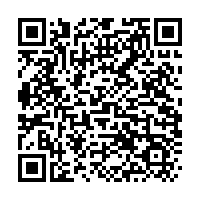