I want to apologize to the Deputy Chief of Staff Yair Golan. It turns out that someone had made a substitution in the text of his speech. Here is the part of his speech [that caused such a ruckus and outcry – YM] in its original version:

“If there is some memory that is scary to see in recalling the horrifying developments that took place in Europe that have begin to unfold here, it is noticing horrific processes which developed in Europe – particularly in Germany – 70, 80, and 90 years ago, and finding remnants of that here in the Jewish state the year 2016, among the Palestinians who are trying to kill us just because we are Jews who are different from them
Thus, they are trying to complete what the Mufti tried to do in hoping to build incinerators as Jews in the Dotan Valley. It is time to stop this campaign of murder against our people. The time has come for the Palestinians to stop trying to be like the Nazis “

That was my translation, with a bit of improvement.


Thank you, my friend, Shimon. 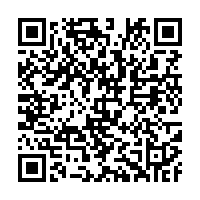