Back then, we had maybe a dozen channels on TV.  And still, at almost every hour of every day, there was something on at least one of those channels about the horrors of the Holocaust or the evil of Adolph Hitler.

When I went to Yad Vashem (the Holocaust Memorial) in Jerusalem, my young guide prepared me for what I was about to see on the screens: the horrific images of dead Jews being bulldozed into pits.  He looked at me like he was expecting me to break down in tears or recoil in shock, which was apparently what all of his other clients did.  But I had seen those images a thousand times before on our handful of TV channels.  They helped form my earliest view of the world, and my earliest understanding of evil.  But these images were apparently not familiar to anyone else my guide had taken through Yad Vashem.  I didn’t cry.  I didn’t recoil.  I just stiffened my spine with yet another reason to make the bad people pay for their evil (reason #487: the room full of shoes at the Holocaust Museum).

Today, there are 1,000 channels on TV and almost nothing on any of them about Hitler or the Holocaust.  Even the History Channel has largely foregone Hitler and the Holocaust for “Pawn Stars,” “Cajun Pawn Stars” and “American Picker.”  American college students today are now 67 years removed from the horrors of six million Jews being starved, experimented on, gassed, and cremated – with only their shoes left behind as evidence that these Jewish human beings lived, loved, suffered, and died.

And when college kids today turn on the TV, they only have a 1 in 1,000 chance of landing on a channel that would even consider airing something that would teach them about Nazis – and even on that 1 channel there’s an 80% chance that it will be airing “Ice Road Truckers” instead of teaching this generation about the true nature of evil.

Don’t get me wrong.  I am not some old guy, sitting on a porch, barking about “these kids nowadays.”  I am young enough to have been a hip-hop DJ at one point, and to produce a dance music record that charted above Puff Daddy (in Belgium) (no lie) (more on that later).  And yet my birthday was closer to the 1800’s than today’s college kids’ birthdays are to the Holocaust.

“Never forget” means remembering.  So this is my friendly reminder. 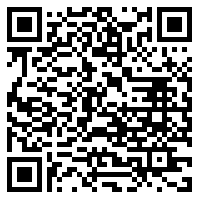