I was very pleased to read in The Jewish Press about the 50,000 packed Asifa gathering held yesterday in Citi Field in New York against the dangers of the Internet. Boker tov, brothers! I say this because some 7 years ago, we started the first website www.jewishsexuality.com which dealt with this terrible plague in a direct and open manner, in order to warn Jewish surfers and educate them how to escape – adults, children, and teachers alike – from the nefarious clutches and seductions of the net.

Years ago, before coming to Israel, I ghostwrote a book on gambling addiction for a major U.S. publisher. Using this knowledge, I applied it to the growing addiction to Internet pornography, and opened a “Pornoholics Anonymous” section on our website which has received thousands and thousands of hits. A booklet, “Shmirat HaBrit”, which can be downloaded free, discusses the issues straightforwardly, explaining why looking at immodest images is so detrimental to the Jewish soul, and presents concrete advice how a victim can escape from the sexual transgressions that evolve from it. The Questions and Answers which are posted cover just about every topic on the issue of Jewish Sexuality, and I translated dozens of important Torah articles, including the Laws of Marital Relations by Israel’s former Chief Rabbi Modechai Eliahu, of blessed memory; many selections from writings of Rabbi Kook; and the long and important confession which follows the “Tikun HaKlali.”

Every time a person sits down at his computer, he is tempted with the very same test that Yosef faced in Egypt. Thousands of seductive women are just a finger click away. That’s why, today, the Internet is Potiphar’s wife.

We who don’t have the same exalted fear of God that Yosef had, where will we summon the strength to overcome the temptation? For us, Divine assistance comes in the form of an anti-pornography filter. Thank God, there are many on the market. Many can be downloaded for free. They afford vital (if only partial) protection from the overpowering temptations of Internet surfing. I say partial because most teenagers today know ways of circumventing filters, such as USB Wireless attachments, 3rd generation cell phones, iPhones, MP4 players, and the Bluetooth copy program.

“Thou shall not turn astray after your hearts and after your eyes which lead you astray.” (Bamidbar 15:39)

“Therefore shall your camp be holy, that He see no unclean thing in you and turn away from you.” (Devarim 23:15)

“And you shall guard yourself from every evil thing.” (Devarim 23:10)

“Thou shall not bring an abomination into your house.” (Devarim 7:26)

Our Sages have long told us that sexual transgression causes a terrible rift between the Jewish Nation and God, causing exile and national destruction. Our enemies know this and therefore muster all of their cunning, material resources, and technology to bring us to sin. This has been the strategy from the time of Amalek, Midian, Greece, throughout history down to the zillion dollar industry of Internet pornography today. Today, this terrible enemy has, like the Trojan Horse, entered our innermost sanctums and been afforded an honored place in our homes. So if you want to join in the fight and help win the battle, save yourselves, your children and the entire Jewish Nation – and expel this cruel and crafty enemy from your homes, if not by throwing away the computer, then at least by installing a reliable filter.

And while we’re on the subject, another thing is worth mentioning. Until recently, I didn’t bother with Facebook, thinking, why waste my time with the superficialities of social networking when I could write much deeper articles and books? Then, after all the publicity which Facebook received over its role in international demonstrations and revolutions movements, I figured, why not give it a try? I thought that maybe Facebook could help spread the message of aliyah to Jews around the world. So I started making friends…. 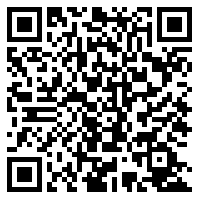