The U.S. House of Representatives Defense Appropriations Subcommittee approved over $948 million in funding for Israel’s various anti-missile defense programs, chief among them the Iron Dome.

Approximately $679 million of the funding will go to the Iron Dome, thanks in large part to legislation initiated last month by Reps. Ileana Ros-Lehtinen (R-Fla.) and Howard Berman (D-Calif.), chairwoman and ranking Democrat on the House Foreign Affairs Committee, respectively.

The remaining $269 million will go to Israel’s other anti-missile initiatives: the short-range David’s Sling ($149.7 million), and the current long-range Arrow anti-ballistic missile system and its successor the Arrow 3 ($119.3 million).  These projects, unlike the Iron Dome, are joint Israel-US projects.

While the increase in funding for the Iron Dome was expected, with the Department of Defense stating in March that it “intends to request an appropriate level of funding from Congress to support such acquisitions based on Israeli requirements and production capacity,” the funding for the other projects represents an increase of $169 million over the Obama administration’s proposed number.

Rep. Steve Rothman (D-N.J.), a member of the subcommittee, said in a statement that “[t]his funding level is the highest ever appropriated in a single year for these life-saving programs.”

Coupled with the new political reality engendered by Prime Minister Binyamin Netanyahu’s new and broad unity government, Congress’ supplementary funding appears to advance Israel’s preparation for the military option against Iran, as well as the potential international and military fallout. 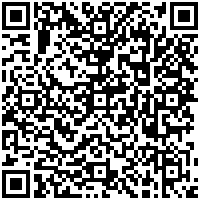