Marwan Barghouti is serving five life sentences in an Israeli prison for premeditated murder in attacks that killed five people, plus a few other crimes. The original prosecution charges accused him of perpetrating 37 attacks, running terrorist organizations, and recruiting and training terrorists.

The fact that Barghouti is also the most popular Palestinian Arab leader tells worlds about the Palestinian Arabs’ unreadiness for a credible peace agreement. Barghouti was a terrorist kingpin during the second intifada and unapologetically calls for a third intifada. He’s definitely not a Gandhi-type figure with peaceful instincts.


But that’s not the way the New York Times describes him in an article at the top of the foreign-news section in the April 8 edition (“Prisoner In Israel Is Linked To Talks – Popular Palestinian Serving Life Terms,” by Jerusalem bureau chief Jodi Rudoren, page A4).

Rudoren suggests that releasing Barghouti could be the key to revive moribund negotiations between Israel and the Palestinians. To buttress her argument, she digs up Palestinian Arabs who view Barghouti as the Palestinian Arab parallel to Jonathan Pollard, the convicted U.S. spy for Israel who’s serving a life term.  A perfect trade, it would seem. – Barghouti for Pollard.  Never mind that the former is a serial murderer – a charge not affixed to the latter.

What it comes down to, according to Palestinian Arab fans of Barghouti that Rudoren is eager to quote, is simply:  “Why not? Pollard is very important to Israel and Barghouti is important to us.”

But it happens that this quid pro quo is more the product of a feverish Rudoren imagination than the key to revival of peace negotiations.  Still, Rudoren and the Times are determined to go the extra mile to humanize Barghouti.

Consequently, Times readers are told that Barghouti “has a roommate and a television with 10 channels.  He can read any newspaper published in Israel but cannot have a computer.”  If the Times had its way, this nice Palestinian Arab fellow would not be so deprived.

In similar solicitous vein, Rudoren adds that Barghouti’s wife sees him every other Tuesday for 45 minutes, through glass; the last time they touched was in 2006.”  Ah, those tough Israeli prison conditions.

And here comes the ultimate punishment of Barghouti: “Last month, Ms. Barghouti brought their only grandchild, Talia, who was born last summer, but the baby was barred at the last door before the visiting room because she is not a first-degree relative.”  Get out the hankies!

To give the appearance of evenhanded reporting, Rudoren lays out in detail the charges against Barghouti – but not until the second-before-last paragraph.  How many readers, one might ask, get that far?  Which is of course, why Rudoren arranges that Barghouti’s dark side takes second place to all those up-close-and-personal, heart-tugging descriptions of a thoroughly scrubbed clean arch-terrorist.

And no cameos, of course, of Israeli victims of Barghouti’s terrorist forays.  That would go counter to Rudoren’s agenda. 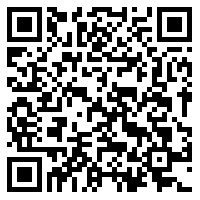