In a ceremony held Wednesday, April 9, at the “Nevatim” Air Force base, the new ‘Samson’ C-130J Super Hercules military aircraft landed in Israel.

The ceremony was held in the presence of the Minister of Defense, Mr. Moshe (Bogie) Ya’alon, the Chief of the General Staff, Lieutenant General Benjamin (Benny) Gantz, and senior members of Lockheed Martin, manufacturer of the aircraft.

Over the past year, squadron members have trained in Italy and in the United States in order to thoroughly familiarize themselves with the aircraft and its capabilities.

This is the first ‘Samson’ C-130J Super Hercules aircraft to join the newly established ‘Samson’ squadron. More are scheduled to arrive in July 2014 and over the course of 2015.

The Chief of the General Staff, Lieutenant General Benjamin (Benny) Gantz, spoke at the ceremony: “Today we mark a new peak in the IDF’s capabilities. Over its 50 years of service, Hercules planes took part in military aid missions, civilian, and humanitarian operations. The “Samson” aircraft joining the IAF today is an innovative and revolutionary addition to our forces. This type of aircraft gives the IDF extended operational flexibility and strengthens our long range capabilities, making us more accurate and powerful than ever. The progressive systems the “Samson” aircraft is equipped with will allow us to execute more complex operations than in the past- we will be able to operate faster, in all weather conditions, in greater distance, in lower altitude and in maximum discretion.”

The Chief of Staff continued:  ”Let me take this opportunity to say thank you, and pay my appreciation to the great men and women who have worked hard to bring this moment to bear. Those who were behind this amazing air-plane – in Lockheed Martin, in the US government, the DOD, the US Air Force as well as the IMOD, the Israeli Air Force and many others.”

Major General Amir Eshel, Commander of the Israel Air Force, also spoke at the inauguration ceremony: “This plane reinforces the IDF’s abilities to operate far beyond the shores of Israel. The combination of this Lockheed Martin manufactured aircraft with the special Israeli technological systems which were installed on it make the ‘Samson’ C-130J Super Hercules Aircraft the best plane of its kind.

The variety of tasks the aircraft is destined for is beyond all imagination. This aircraft is a testimony of the unique strategic relationship between the State of Israel and the US, to the strong ties between the IAF and the USAF, as well as to the continuing cooperation with Lockheed Martin, manufacturer of the ‘Samson’ C-130J Super Hercules Aircraft, the F-16 Fighting Falcon and the Lockheed Martin F-35 Lightning II.” 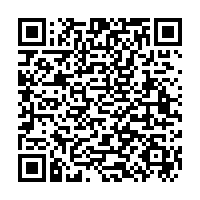