As Israel enters the final days before the elections on Tuesday, several leading officials in Likud-Beytenu have voiced concern over the split in votes on the Right between Likud-Beytenu and the Bayit Yehudi’s party.  Last week, Likud MK Ze’ev Elkin said, “If we don’t reach around 40 seats and there’s no big gap between us and the left, the President is likely to choose Yechimovich.”

Indeed there is historical precedent for such concerns. In 1999 and 1992, the Right lost out to the left-wing governments of Barak and Rabin respectively.  They lost because the Right was splintered by parties who detracted from the Likud.

The results were the Oslo and Camp David accords in which Israel offered everything for peace and in return, on both occasions, was rewarded with waves of Palestinian terrorism and the murder of innocent Israelis.

Adding their voices to this concern are two of the key heads of the Settler movement.  Zvi Hendel in fact, one of the founders of the Gush Katif, and evacuated from his home during the Disengagement has said that the only way to secure the Land of Israel is with a strong Likud-Beytenu.

Moreover, Danny Dayan, the outgoing head of the Yesha Council has said that he was a key engineer of the efforts which brought down Shamir’s government in 1992.  He says in a video posted online that this led to the Left taking power. 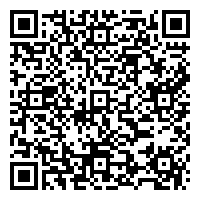