Jerusalem, August 24– Enforcement officials acknowledged Tuesday that their supply of euphemisms, excuses, and blather aimed at obscuring their fear of upholding freedom of worship for Jews at Judaism’s holiest site has now been exhausted, and further discourse on the subject might soon require those officials to make open statements about their unwillingness to perform the role the public has assigned them.

Police and government figures who make and enforce policy, and whose primary function involves combating violence against law-abiding citizens, disclosed this morning that with the terms “status quo,” “provocation,” “order,” “maintain calm” and others no longer available in the face of an impatient public, they will now be forced to state outright that they are afraid to refrain from preventing Jews from worshiping on the Temple Mount because of the violent reaction by Muslims there, and instead of protecting those whose rights are curtailed, they choose to side with the mob.

Government officials echoed the theme. “We always try to kick the can down the road,” allowed Minister of Public Security Gil’ad Erdan. “No one wants to seize the hot potato of the entire political-religious conflict. But the consequences of inaction, of maintaining the ‘status quo,’ are that when action finally becomes unavoidable, the resulting explosion will be too much for the police to handle. But we want everyone to believe the police can handle anything. It appears the time has come that public confidence will erode if we continue to adopt the violent-threat-accommodating posture, now matter how nicely we dress it up rhetorically.”

Observers predict that with police having already established their unwillingness to suppress violent Arab riots earlier this year, but who will arrest Jews who defend themselves and others during such riots, Jews will soon adopt the proven approach of threatening violence unless they get their way, and spark the formation of a group or groups to protect Jews where the governing authorities refuse to do so, perhaps with the name “Haganah” – “Defense” – or “National Military Organization” – aka “IZL – Irgun Tz’vai Leumi” or “Etzel.” 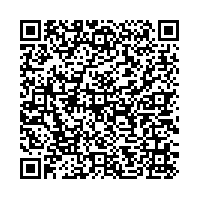