A 17-year-old Arab was killed overnight Tuesday by IDF gunfire in the Balata refugee camp near Shechem.

During an operation of the Paratroopers’ special force that was on its way to arrest a wanted man suspected of involvement in terrorism, the locals opened fire at the force from the roofs of nearby buildings. The fighters returned fire at the sources of the shooting.


A violent disturbance began at the end of the operation, which included throwing cinderblocks and other heavy objects at the fighters from the roofs of adjacent buildings.

Back in May of 2018, IDF Sgt. Ronen Lubarsky, who served in the Duvdevan unit, was critically wounded in the Al-Amri refugee camp in the Ramallah area—also during the arrest of Arab terrorism suspects—when a marble slab was dropped on him from the third floor of a building, hitting his head and crushing his helmet. Lubarsky later died from his injury.

And in May of 2020, First Sergeant Amit Ben-Yigal, 21, from Ramat Gan, was killed by a large rock that was dropped on his head from a rooftop in the village of Yabed near Jenin.

This time around, the fighters identified a suspect on the roof of a building who was holding a large rock in his hands and trying to throw it at a fighter standing in the street down below. One of the fighters fired at the perpetrator and hit him. There were no casualties to our forces in the incident.

The PA Health Ministry said the Arab youth was Amad Hashash, a resident of the Balata refugee camp. He was shot in the head and was pronounced dead at Rafidia Hospital in Shechem. 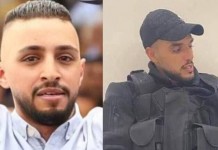 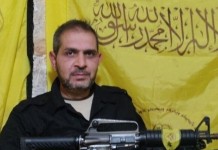