Ramallah, December 12 – The news out of the Australian capital today could not be worse for the righteous Palestinian cause: the government there appears on the verge of approving recognition of Jerusalem as Israel’s capital, a move that threatens the very foundations of morality, civilization, and any other value you care to mention, that we can then co-opt for political purposes. If Australia indeed follows through, we Palestinians will have no choice but to engage in the same violent behaviors we have engaged in for more than a century to register our objection to Jewish sovereignty and survival, behaviors that we continue to fail to recognize play a central role in causing others to side against us.

For decades we have insisted that we have the right to oppose Zionism by any and all means, and no one may restrict or abridge that right in any way by claiming we must avoid violence. This argument has the benefit of falling neatly into absolutist rhetoric, according to which the absolute evil of the Zionist regime necessitates and justifies even the most extreme violent acts. This is why we oppose Australia’s move, and also why we fail to comprehend that the very adherence to an eliminationist, absolutist line has led Canberra to conclude that indulging us any further can only make a peaceful resolution more difficult and more remote. Of course we agree on the latter point, but have different aims and assumptions in that respect.

This reality leaves us with no other option than to keep trying to kill as many Jews as possible in the name of Palestinian independence, leading to more and more nations realizing they stand to gain nothing by accepting our zero-sum attitude, our intransigence, and our sanctification of the very violence they wish to end. We will then react with further zero-sum tantrums, which of course will prompt a further wave of pro-Israel diplomatic moves, which will all but force us to commit more terrorism, and then we win. We are still fuzzy on the details of that last bit.

Let no one harbor illusions about this: we will not go quietly. We will fight with our very last breath to preserve our right to expel Jews from their ancestral homeland unless they agree to live as dhimmis under yet another corrupt, undemocratic Islamic regime.

Better to be hated than irrelevant. But we can probably manage to be both. 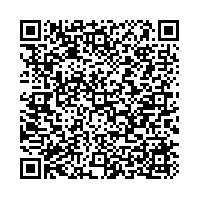