New York, April 9 – Human Rights groups and international organizations have difficulty discerning that people in Syria are being slaughtered and subjected to atrocities such as chemical weapons, representatives are reporting, because the manifest greatness of the Palestinian Islamist movement Hamas has overwhelmed their senses.


Dozens of Syrian civilians, including children, were killed in a chemical weapons strike by forces loyal to Syrian President Bashar Assad over the weekend, but organizations such as Human Rights Watch, Amnesty International, and others have made only token mention of the war crime while maintaining focus on the Hamas-manufactured confrontation between violent demonstrators and Israeli forces on the border between the Gaza Strip and Israel. Of the 19 fatalities from Israeli fire, most have been military-age males with membership in terrorist groups. Spokespeople for the organizations explained that their attention is dedicated to assisting the noble Palestinians in resisting Zionism by all means possible, and that only one mainstream Palestinian group has consistently rejected moderation in pursuit of that agenda: Hamas. It would compromise the noble cause of Resistance to focus on other issues, they insisted.

“Wait, a what attack in Syria?” stammered an Amnesty official in Gaza. “Chemical weapons? No, that couldn’t be right. Obama and Kerry promised Russia would take care of removing Assad’s stockpile. Whatever – we have more important fish to fry. Free Gaza! You show them, Hamas!” The activist handed a teenage boy a tire to add to the acrid, burning mess of others near the border fence.

“There’s your real chemical warfare right there,” indicated an International Solidarity Movement activist. “Look at all the thick smoke from the burning tires, blowing back over the Palestinians now that the wind has changed directions. Can you imagine the ill health effects the resulting pollution will have on the children of Gaza for generations? The international community really must do something to Israel about the way Palestinians are treating themselves. All we can do in the meantime is lend our flat-out support to the Hamas-led resistance. Aren’t they noble and romantic? It just shines through in the way they can pose children, other human shields, and people pretending to be wounded for photographs that the Western media accept without question. Look at the way they fall down at just the right time! Can you blame them for smiling in those staged photos? I can’t – they must be so proud of themselves. What’s a Syria?” 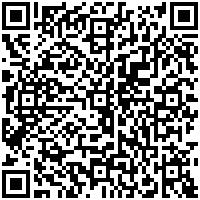