According to the company, a thorough and comprehensive investigation revealed that only 28 Israelis installed the application used to transfer their personal information. But since the application also transferred the personal information and the activity of their online friends, the number of inflicted accounts was much higher – 47,014 to be exact, according to Facebook Israel.


British political consulting firm Cambridge Analytica combined data mining, data brokerage, and data analysis with strategic communication to influence the electoral process during the 2016 US presidential election. The company’s involvement in the 2016 Republican Party presidential primaries became known in July 2015, and as of December 2015, it claimed to have collected up to 5,000 data points on over 220 million Americans.

On March 23, the British High Court granted the Information Commissioner’s Office a warrant to search Cambridge Analytica’s London offices, following disclosures that the company had acquired the personal information of more than 50 million Facebook users in a questionable manner while working on Trump’s presidential campaign, and had been involved in the Brexit referendum campaign on the side that favored leaving the EU. 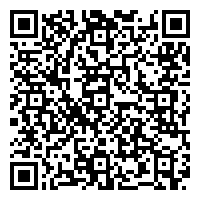