Nazareth, December 4- Recriminations and harsh verbiage continued this week in the aftermath of a dramatic national election that saw one of the country’s most venerable political factions representing Israel’s Arab minority disappear from the parliament in a failure to attract enough votes to hit the representation threshold – apparently, according to recently-released documents, because ideologues had directed monies to showing solidarity with Palestinian terrorists instead of toward direct efforts to bring more loyal voters to the polls.

Balad fell thousands of votes short of the number necessary to secure seats in the Knesset during Israel’s elections a month ago, part of the shifting political dynamic that saw parties supportive of former Prime Minister Binyamin Netanyahu garner enough votes to guarantee them 64 Knesset seats – three more than the minimum of 61 necessary for a majority coalition in the 120-seat legislature. Analysis has focused on the declining appeal of left-wing ideologies – Meretz also failed to clear the threshold, amid a decades-long decline; Labor barely managed to stay afloat as it competed with center-left Blue-and-White and center Yesh Atid for the same voters. But new disclosures indicate that Balad under Sami Abu Shehadeh fell victim to a different dynamic: instead of making direct rhetorical appeals to its base, it sabotaged its electoral chances by focusing on preparations to celebrate when Palestinian terrorists kill Jews, mostly in the form of candy for distribution in the streets.

Former party head Jamal Zahalka lambasted Abu Shehadeh for the decision, calling it “imbecilic and self-destructive.” From exile abroad, former chief Azmi Bishara called the move “questionable,” even as he acknowledged his own moral support for Hezbollah and other violent enemies of Israel. “I didn’t sacrifice our electoral chances in the process,” he stated. “Our task is to dismantle Israel as a Jewish state from the inside, and measures like this complicate things unnecessarily. Our giving out sweets doesn’t distinguish us from the myriad other factions doing it, doesn’t mark us as appealing to the right voter.”

Last week, as Palestinians and some Arab citizens of Israel reacted with glee to Wednesday’s double-bombing of bus stops at the main highway leading out of Jerusalem, the distribution of Balad’s candy seemed more subdued than in the past. “It’s a sick joke this time,” lamented one passer-by, helping himself to some cheese pastry. “It’s not like Balad has anything to be proud of, and it’s far too early to be calling attention to themselves even if they want to stand in some upcoming election. Still, not gonna say no to free knaffeh.” 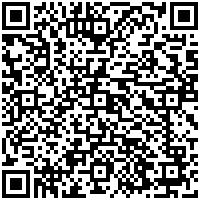