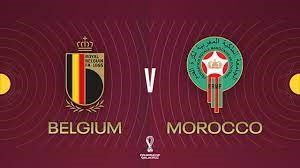 Violent clashes took place in Belgium after the Morocco-Belgium football match during the World Cup in Qatar.

Riots took place in Brussels, Antwerp and Liege, where a police station was attacked by about 50 “youths”, and also in several cities in the Netherlands. Beyond these incidents, the popular jubilation in the predominantly Moroccan neighborhoods of Brussels, especially in Molenbeek, revealed that in these areas, the Moroccan identity has remained much stronger than the Belgian one, even though most of the inhabitants have dual nationality.

One would have to be blind and trying to fit reality into the ideology of “living together at all costs” not to see that the sympathies of Moroccans in Belgium were with the Moroccan team and not with the team of their “second homeland”. Some journalists tried to do so, with headlines like “No matter who wins between Belgium and Morocco, it will be a party”.

The party did take place, in Molenbeek, Anderlecht, Schaerbeek and Brussels, municipalities where Moroccan immigrants and their descendants are more numerous than other people, including the native Belgians. One could see the enthusiasm of these supporters honking their horns and displaying Moroccan flags in the streets of the capital in their cars with Belgian plates.

For many native Belgians, this spectacle broke the myth of integration into the host country, perhaps because the celebrations may have seemed excessive and even indecent for Belgium, which has allowed these Moroccans to live in a prosperous country and to benefit from the advantages of the welfare state.

The television channels did not show images of a man taking down a Belgian flag from a building to the applause of the crowd, nor a striking face-to-face between hundreds of Moroccans dancing and singing just a stone’s throw from the Grand-Place in Brussels, blocked by a cordon of police officers, helmeted and baton-wielding, blocking them from access to the city center.

According to Statbel, the official Belgian statistics office, 46% of the population of Brussels is now of non-European origin (in the sense of the European Union plus the United Kingdom) and only 24% of Belgian origin. Moroccans represent 7% of the population of Belgium, but 12% in the Brussels-Capital Region, most of whom also hold Belgian nationality. The growth in the number of Moroccans in Belgium has been exponential: only 460 in 1961; 39,000 in 1970, and 800,000 forty years later; a large number for a country of only 11 million. As a result of this demographic evolution and the ease of acquiring Belgian nationality (in some instances after three years of residence without any other conditions), the country now has 26 regional or federal deputies of Moroccan origin and several mayors, who often encourage communitarianism, or “belonging to one’s community.”

In Brussels, Moroccans outnumber people of Belgian origin in the under-18 age group; many schools are attended exclusively by children of non-European origin. In those public schools where parents have the choice of religion classes, Islam is now followed by a majority of pupils. Whether one describes these changes as “diversity” or as a “great replacement” is of little importance; over a few decades the evolution has been considerable and has modified the social fabric of Belgium’s cities.

The hijab (Islamic veil) is increasingly present and is worn by a majority of women in some municipalities. During the month of Ramadan, almost all shops and restaurants are closed during the day in some areas. The number of mosques is exploding and all currents of Islam are represented in Brussels, where tensions between Sunnis and Shiites, or even between Moroccans and Turks, are sometimes high, especially within the Muslim Executive of Belgium, a structure that the federal government set up in order to have a single interlocutor for the Muslim community, but which has been going from crisis to crisis.

While the slaughter of animals without first stunning them is forbidden in Flanders and Wallonia, the Muslim lobby in the Brussels Parliament has succeeded in blocking a legislative proposal in that direction. During trials or elections, it is common to see women arriving with their husbands, and explaining that they cannot be retained as jurors or assessors because they do not speak any of Belgium’s official languages, thus attesting to a completely failed policy of integration. The “vivre ensemble” (“live together”) praised by the Belgian political world is a myth, with communities living side by side but not mixing with each other. Moroccans marry Moroccan women and Turks marry Turkish women, whom they often bring over from their native country. Family reunification is now the primary source of immigration in Belgium, as in France.

In France, the country’s colonial past is regularly evoked to justify the anger of young North Africans. It is an explanation that does not hold: similar incidents take place in Belgium, a country that has no historical link with North Africa. It was a 1964 convention that paved the way for economic immigration, the need for which has long since ceased to exist, but which continues indefinitely through family reunification, which the Americans rightly call “chain migration”.

What is most distressing is the denial and the total absence of debate on the issues of immigration and integration, mainly on the French-speaking side of the country. Neither the media nor the political parties talk about it. Sunday’s riots were attributed by the mayor of Brussels to “thugs and scoundrels”, a discourse that was widely repeated without any precision or analysis. The link with excessive immigration, proportionally greater than that of France, is never made again. While in France and elsewhere in Europe there is a lively debate around this theme, it is as if Belgium has given up, accepting its destiny as a multicultural country with a Muslim majority in its capital and from time to time a “new normal” made up of urban riots, shootings and terrorist attacks.

{Written by Alain Destexhe, a columnist and political analyst who is an honorary Senator in Belgium and former Secretary General of Médecins Sans Frontières / Doctors Without Borders, and reposted from the Gatestone Institute site} 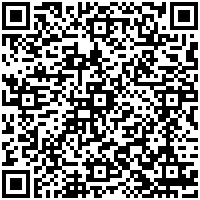