There will be no negotiation. And you’re killing the Zionist project.

There’s nothing to explain. You Zionists are trying to kidnap what we Arabs have rightfully stolen.

You could have gone anywhere. Uganda. The Americas. Madagascar. Australia. You know, the place peopled entirely with criminals, which would be suitable for you. You fell victim to one of the classic blunders: never get involved in a land war in Asia. And yet here you are, in southwest Asia, trying to claim your ancestral land by force, as if that’s any way to claim a land that’s been taken from you by force. Morons.

Where was I? Right. Australia. You should go back to Australia or Brooklyn, the places where your ancestors fled to because of persecution that I will pretend never happened under Muslim rule. We treated our Jews well! That’s why so many Jews remain in the Muslim world even after the, uh, the uh…

WHAT IN THE WORLD CAN THAT BE??

Oh, never mind, I could have sworn I saw an argument that might have worked on a great fool. I am not a great fool, but I thought you might be, and considered invoking the “Arabs are Semites” canard, but never mind. I’m amused by something else. I’ll tell you in a minute. 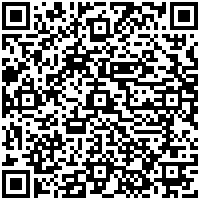