Iran and Qatar have joined forces to squash protests in the latter nation against the Islamic regime in Tehran during the FIFA World Cup.

“The World Cup has helped put Iran’s brutality on a world stage. Tehran exported its repression to Qatar to prevent the tournament from giving visibility to protesters. Tehran’s suppression of dissident soccer fans further demonstrates that Iranians need a different government,” said David May, research manager at the Foundation for Defense of Democracies (FDD).

Iran’s national team caused a stir on Nov. 21 when its members did not sing the national anthem before the kick-off against England. However, after members of the Islamic Revolutionary Guard Corps (IRGC) reportedly threatened their family members back in Iran, the players half-heartedly sang the anthem at the next match against Wales.

Following the U.S.-Iran match on Nov. 29, security officers at the World Cup pinned and detained a spectator chanting, “Women, life, freedom” in solidarity with the Iranian protest movement. In addition, pro-regime Iranians and local stadium security seized items such as shirts and flags from fans expressing solidarity with protesters in Iran.

In Iran, security forces killed a 27-year-old celebrating his country’s 1-0 loss to the United States. Security forces in several cities opened fire on Iranians rejoicing in their national team’s defeat.

“The level of information-sharing between Doha and Tehran should raise eyebrows in Washington. Without intervention from the Biden administration, Qatar may feel emboldened to share other sensitive information with Iran, such as lists of U.S. nationals who visit Qatar or even lists of military personnel or hardware,” according to the FDD. 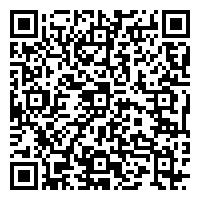