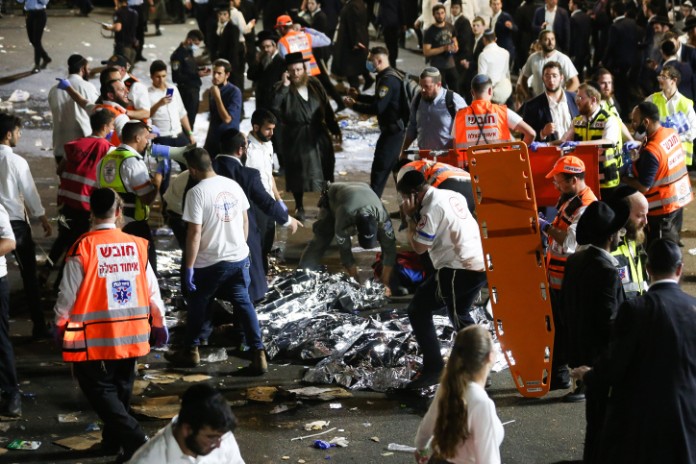 I write this post with great trepidation. It is a time of great national pain. And it is very difficult to know exactly what to think and say about such things. On the other hand, it’s important, precisely while the tragedy still provides an impetus to change, to try to learn the necessary lessons, as well as to get the right message out before the wrong messages set the narrative. I hope that this post succeeds.

There are different types of reactions to tragedies like the Meron disaster.

Some blame the victims. As I wrote on Friday, I believe that this is totally inappropriate. Aside from sheer insensitivity of it, it’s just incorrect. Even if you don’t subscribe to the particular purported metaphysical significance of the Meron celebration, it’s something of great personal religious meaning and benefit to people, and there is no inherent reason why they should not engage in such activities.

Some will look for the very specific cause. They will search for the particular engineer or official in charge of signing off on the specific ramp that was involved in the tragedy. Of course, this needs to be done, but this is far from the total response that is required. This was a tragedy that could easily have happened in many areas of Meron in any year. It turns out that for years, everyone from charedi journalists to the State Comptroller have observed that Meron was a disaster waiting to happen.

Some will name a specific non-obviously causative sin or sins as being the cause – lashon hara, bittul Torah, etc. This is simply foolish. Unless one has a direct line to God for this information, there is simply no way to make such a connection.

Others will attribute it to being an inscrutable Act of God. They may also talk about a general need to do a cheshbon hanefesh and teshuvah. This is also a mistake. It’s an avoidance of doing a proper cheshbon hanefesh – which requires seriously looking at why it happened, analyzing whether and what human responsibility was involved, and what can be done to stop it happening again.

What we need to do is to try our best to discern all the factors involved in the tragedy, and see what we can learn about our shortcomings, not only in order to prevent a similar tragedy from happening again, but also to prevent other negative consequences of such shortcomings.

In the case of the Meron disaster – especially coming on the heels of Covid and how it affected different parts of the Jewish community – an analysis of the facts, along with details continually emerging, shows that the message seems pretty clear, even if it’s going to be hard for some people to accept. But I can relate to it on a personal level.

When we moved the Biblical Museum of Natural History from the warehouse we were renting in Beit Shemesh to an enormous new building in Har Tuv, originally I was simply excited about the increased opportunities this would bring. A fifteen thousand square foot facility would enable us to give our animals much larger enclosures and to exhibit so many new things. Having several halls would make it possible to run multiple groups simultaneously, and cope better with the Chol HaMoed and summer demand. The larger halls would enable us to increase the size of the bar-mitzvas and other events that we host from sixty people to 250 people. And there would also be economies of scale that would result in various financial savings.

All this was true, but there was also an entirely different aspect that, in my naivete, I didn’t take into account. Scaling up a museum to almost five times its former size also brought a host of new complications and challenges. Designing a building to hold several hundred people is not the same as having a building that can hold sixty people – not even the same as having five such buildings. There are all kinds of safety and accessibility regulations that are involved. We had to contract endless types of advisors and consultants to ensure that we were complying with code, and deal with all kinds of different ministries. We had to install the fire alarms and the sprinkler systems and the fresh air circulation systems and the handicapped-accessible entrances. We had to design the layout of the halls such that in the event of an emergency, the exits would be obvious and easily accessible. We had to re-do the railings on the staircases by the emergency exits because the railings on them were 10cm apart instead of 9cm apart. All the internal doors between the halls had to open in only one direction. Some of the doors had to have windows installed in them, so as not to knock over a person standing on the other side. It was all a monumental headache and expense.

I can’t claim any personal credit in complying. We couldn’t be heimish – we were forced to be professional. In order to get an operating license, we fortunately had no choice but to adhere to all these regulations. And also fortunately, there had been all kinds of experts that had drafted such regulations, along with a government to enforce them. Consequently, people can enter museums such as ours and not have to worry about whether they are doing something risky.

In many of the posts that I’ve written over the last year or so, I’ve mentioned the need to view the role of Torah not just in terms of personal religious fulfillment, but also in terms of addressing issues of national significance.

The type of things that one thinks about as a religious Jew in a shtetl or a small community are not the type of things that one has to think about as part of an entire country. The Torah has mitzvot that apply to an individual and mitzvot that apply to a nation, such as that to leave a green belt around the Levite cities, and to have an army. When you are dealing with large numbers of people, there are new types of issues to consider. These may relate to governance, the military, the economy, the environment, pandemic preparedness and responses, or other issues – even organizing a religious celebration. Furthermore, these issues require very particular types of highly specialized expert input. When you are running large-scale events, you need all kinds of ministries and professionals.

With a tragedy such as Meron, of course the national authorities – the police and so on – bear a certain degree of responsibility. But they do not bear sole responsibility. The police and the Health Ministry and other professional bodies were strongly against the Meron celebrations for years, pointing out that such a tiny site is not suited to such a mass gathering. But these bodies were subject to enormous political pressures from religious (and not only charedi) politicians and leaders, along with other politicians who want the religious vote [Editor: as well as High Court rulings]. And, as the Comptroller’s office stated, “Different parts of the site fall under the jurisdiction of four competing private religious institutions, all of which resist state intervention.” Evidently, all these leaders and institutions didn’t have an adequate appreciation for nationalized professional governance based on expert opinion. 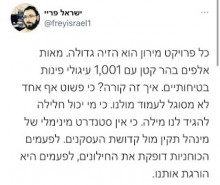 This is a communal flaw with a historical cause. For a community that has been molded by hundreds of years of living as a persecuted minority, never having to think beyond the spiritual and physical needs of one’s own tiny community, it’s very difficult to change one’s mindset. In yeshivah I was taught – and this is an exact quote – that “the Zionists want to create a new type of Jew, but we believe that that the old type of Jew was good enough!”. That is a badly mistaken perspective. A changing world – even just in terms of a vastly growing religious community – requires us to change too.

In last week’s post, I reviewed an article in a journal of practical halachah which discussed stealing from the State. I critiqued the lack of a basic sense of ethics, but there was also another problem that I overlooked. When you’re dealing with an exponentially growing sector of the population, if you legitimize not paying taxes, who is going to pay for everything? In the shtetl, there was good reason for Jews to view the government as the enemy. But in the State of Israel, it’s necessary to realize that we are the government.

As the religious community grows, you have to start to take into consideration matters of larger-scale significance. You have to think about issues that may have previously seemed “goyish.” Most individuals are not involved in making decisions of large-scale significance, but all of us have a role in supporting religious and political leaders that take responsibility for such things.

Again, it’s important to stress that we need to learn these lessons not only to prevent another Meron crush, but also to prevent other problems caused by not thinking about large-scale responsibilities, and about the need to respect the guidance of specialized professionals who think about such things. One very obvious example, repeatedly stressed by Jonathan Rosenblum, comes to mind: it’s all very well to guide your community to avoid secular education and stay in kollel when there’s only ten thousand people in your community, but not when there’s five hundred thousand people (and growing). There are national economic and security consequences that you need to take into account. 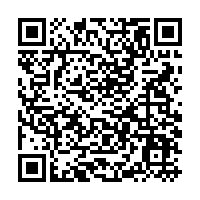