Israel on Sunday did not offer an official response to the tripartite agreement produced by Russia, the US and Jordan regarding on a cease-fire in southern Syria. But, according to Reuters, Israel signaled on Sunday that it would continue to attack inside Syrian territory to block Iranian satellite forces at its door, no matter what the super powers are ready to sacrifice to reach a ceasefire in southern Syria.

According to the official version of the agreement signed over the weekend, all foreign forces, including the Iranian Revolutionary Guards and the Iran-affiliated Shiite militias—most notably Hezbollah, must leave Syrian territory. The part they skipped, however, was when. The deal does not include a timetable for the evacuation of Iran’s forces practically on Israel’s borders.


The other part those genius peacemakers at the Pentagon permitted was for Iran’s armies to deploy 12 to 3 miles from Israel’s border – according to Ha’aretz. Needless to say, the Israeli defense apparatus is unhappy, realizing there is no willingness on the part of the super powers o actually challenge Iran’s expansionism in Syria.

The reason for this move, according to Reuters, citing an Israeli official, is to separate between rival factions inside Syria. It just so happens that in the shuffle Iran’s considerable insurgent armies landed on Israel’s border.

The Israel Television News Company reported Sunday night that IDF Chief of Staff Gadi Eizenkot paid a secret visit secretly to the Commander of the European Command (UCO) of the US Army, General Curtis Scaparrotti last Thursday in Brussels, where Eizenkot and three top-ranking IDF officers debated Israel’s responses to the Iranian advances in the Middle East, emphasis on Syria. 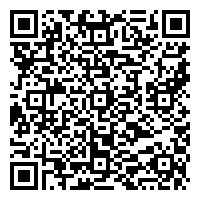