I’ll be the first to admit, I am a news junkie. I have mentioned this in the past, and it is still a fact. I have always, since 8th grade, loved to know what is going on in my immediate area and in the world, at large.


However, being a news junkie has its downside, as well. I see much more than my share of Jew- and Israel-haters around the world and the stories about them, on a daily basis. Actually, a more accurate statement would be that I read of these stories on an hourly basis. Whether, it is in England, Australia, the USA, Indonesia, Turkey, Germany, UAE, or any other country, it seems that millions of people love to hate Israel. Millions of people love to hate the Jews.

Honestly, I take that hatred very personally. After Israel brings the world advances in every single area of science, technology, medicine, etc, we remain the world’s whipping boy. We can fly in to help a country after a natural disaster or can teach a Third World about how to make use of their scarce resources of water. Yet, all the world hears about and cares about is a false narrative served up on a platter by those who wish to destroy Israel. Hamas, whose DNA is made up more of lies than chromosomes, invents stories that paint Israel in a way that the world sees us as the Devil himself. And, as a result, no matter what Israel does, the Haters continue to hate.

Forget the fact that Israel supplies (literally) tons of food and medicine to the Gaza Strip every week. We are an “occupying” force, in the eyes of the world (wait, we have not been in Gaza for 14 years). Forget the fact that Israeli hospitals, schools buses, universities, police force and malls are filled with both Jews and Arabs. Israel is still “an apartheid” state in the eyes of the world.

Only Israel merits a special line item in the UNHRC (Agenda Item #7) which requires Israel and “occupation” to be discussed at each meeting. It does not require such a discussion regarding Syria, China, Venezuela or any other human rights abusers form around the world. No, the Human Rights council sees it fit only to discuss the country that brought you Waze, Skype, drip-irrigation, Iron Dome, Re-Walk (enabling paraplegics to stand upright an walk), the “Pillcam”, the disk-on-key, Mobileye, cherry tomatoes and a whole lot more!

Yes, Haters are going to hate. And yes, I do take it personally, both as a Jew and as an Israeli. And I have been thinking about this a lot lately. Yet, there is one thing that does bring me comfort. There is one thing that does indeed overshadow all of the hate of the enemies of Israel…and that is the LOVE of G-d for the Jewish People and the special Land given to them, the Land of Israel. We read in our daily prayers of the love that Hashem has for us. We read of the love that Hashem has for the Land of Israel.

In a week from now, we will begin a quasi-mourning period marking the destruction of both the First and Second Temples. We know that among many causes of these Temples being destroyed was BASELESS hatred, known as Sin’at Chinam.

Perhaps, if we were to concentrate just a little more on the love of our fellow Jews and remind ourselves of the special love and bond that exists between G-d, the Jewish People and the Land of Israel, perhaps we can look forward to the ushering in of the era of the Mashiach, where all of the world’s Israel-haters will acknowledge that Hashem and only Hashem is the true G-d, and all will be subservient to his will. 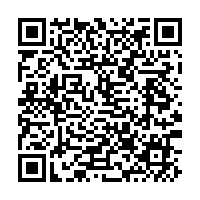