The staff of Great Britain’s Prince William has set off a controversy by listing Jerusalem under “Occupied Palestinian Territories” in the itinerary for his upcoming visit to the region. The irony is that two of the prince’s own relatives chose to be buried in that same territory—and surely would have scoffed at the idea that the “Palestinians” are the territory’s rightful owners.

William’s great-grandmother, Princess Alice, and her aunt, the Grand Duchess Elisabeth, are both buried in a small Christian cemetery on the Mount of Olives near the largest Jewish cemetery in the world. The Mount of Olives is in a part of the city that the Palestinian Authority calls “Arab East Jerusalem.”

The P.A. says that area should be the “capital of Palestine.” As such, according to the P.A., Zionists—whether Jews or Christians—have no right to be there. They’re “illegal settlers.”

Here are some facts. The cemetery where the two royals are buried belongs to the Church of Mary Magdalene, a Russian Orthodox Church and convent that was built at the foot of the Mount of Olives in 1886 by Czar Alexander II. It is located directly across the Kidron Valley from the Temple Mount, the holiest site in Judaism.

Princess Alice, who lived in Greece during World War II, hid a Jewish family from the Nazis and was posthumously honored by Yad Vashem as one of the Righteous Among the Nations. Alice, who passed away in 1969, left instructions to be buried at Mary Magdalene cemetery. Her remains were transferred there in 1988.

Prince Charles, the grandson of Princess Alice (and heir to the throne of England) visited the graves of his grandmother, and her aunt, when he attended the funeral of Shimon Peres in 2016. But his visit to the Mount of Olives was undertaken secretly, without the knowledge of the public or news media, apparently for fear of offending the P.A.

It’s easy to see why the P.A. would have been offended by Prince Charles’ visit to his relatives’ graves—and why they will be unhappy if Prince William wants to do likewise.

Any focus on the Mount of Olives is a PR disaster for the Palestinians. It reminds the world that one of the most important Jewish religious sites in the world is situated in “eastern Jerusalem”—shattering the myth that it’s an all-Arab territory that belongs to the Palestinians. The P.A. and its media allies routinely call it “Arab East Jerusalem,” but that’s a lie. The Jewish people’s roots in eastern Jerusalem go back thousands of years, long before any Arab claims.

Talking about the Mount of Olives is a public-relations headache for Arab propagandists for another reason. Anybody who takes even a briefest glance at the mount’s recent history discovers that when the “moderate” Jordanians occupied it from 1949 to 1967, they destroyed thousands of Jewish tombstones, which they used for paving roads and building latrines in Jordanian Army barracks.

That experience reminds everyone how Arab regimes have mistreated Jewish holy sites throughout the century—a legacy the P.A. itself has continued to the present day, with repeated desecrations of the Tomb of Joseph in Nablus (biblical Shechem.) Attacks on the Tomb of Rachel in Bethlehem forced Israel to separate it from the rest of the city with the construction of a security wall. When will the Jordanians and the P.A. pay reparations for all the damage they have done to Jewish religious sites?

The existence of the Church of Mary Magdalene is another PR headache for the Palestinians. It was established in 1886—at a time when no Arabs called the area “Palestine” or called themselves “Palestinians.” It’s yet another reminder that Palestinian national identity is a recent and shallow invention, created not because Palestinians are any different from Jordanians or Syrians, but simply to be used as a weapon against the Jews.

The founders of the Mary Magdalene church would have laughed at the notion that the land on which their church was built—and where the remains of Alice and Elisabeth were “settled”—is “occupied Palestinian territory.” They know that the Bible they revere calls the territory the Land of Israel, not “Palestine.” They know that the Bible repeatedly refers to Jerusalem as the capital of the Jews, and that Jerusalem is not even mentioned in the Koran.

The fact that Prince William’s staff is calling Jerusalem “Occupied Palestinian Territory” is both a sad capitulation to Arab propaganda demands and a demonstration of their ignorance of the history of the city where two of England’s own royals are buried. 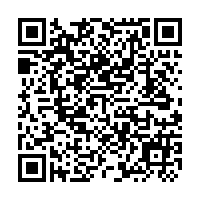