Ron Paul often opened his congressional speeches with the line, “Imagine for a moment…” In honor of Dr. Paul, and also for its sharp effectiveness, I will do the same here in explaining why all forms of marriage should be outlawed.

Imagine for a moment.

Imagine for a moment that in order to be friends with somebody, you needed government approval. Imagine that you met somebody you liked talking to, hanging out with, drinking a beer with, whatever. But you couldn’t legally be friends with him until you both applied for a government “friendship license.” A friendship license, by the way, costs 600 shekels which goes right into government coffers, not to mention a week of rat-racing around to 6 different bureaucrat offices filling out forms (so all the bureaucrats can have jobs and “stimulate the economy”), so you lose a week’s salary in the mess. Once you pay up and you have those forms, you can then apply for a “friendship license” which gives you and your friend the legal right to get a whopping 2% sales tax break at any restaurant in the country where you order together at the same table, upon presenting a proper friendship license, of course.

Imagine for a moment that a “national discussion” starts taking place, the kind that enlightened media and intellectual elite like to call “a real meaningful debate” and other linguistic smokescreen nonsense. Shouldn’t an Arab and Jew have the legal right to be friends? Why can’t a married man and unmarried woman be recognized by Big Brother as friends? Shouldn’t three people have the right to be friends?

“Friendship equality for all!” the liberals would say.

“Friendship is a sacred human institution that has been around for thousands of years! Family cannot be friends! What sacrilege!” the conservatives would say.

Meanwhile, the libertarian looks around and sees the utter insanity of the whole situation. Take a deep breath and here it is in one sentence:

The government, looking for a way to extract more money out of private people, baits them with the possibility of a 2% tax break, which is essentially a promise to steal slightly less from them, if they pay 600 shekels and run around for a week begging for a license from a massive and totally unnecessary bureaucracy funded by millions of shekels in tax money for a relationship that is essentially private and has nothing to do with the government anyway, and instead of people repudiating these petty friendship licenses and ignoring them, they start fighting with each other about who has the right to a government license with catchphrases like “the right to be friends” and “friendship equality” and “the sanctity of friendship,” while in the meantime both sides are being stolen from in order to fund the bloated bureaucracy that is running the friendship license boondoggle so the government comes out of this way in the black with all the license fees and taxes and levies to fund the system and instead of uniting against the common thief and calling an end to friendship licenses and just lower sales taxes at restaurants for everyone by the measly 2% so we can stop having this STUPID argument and being at each other’s THROATS, we fight with each other about who gets to have the stupid licenses and who doesn’t. 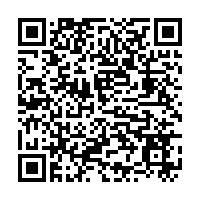