It looks like Moshe Kahlon, the popular and vaunted Likud Minister of Communications, will be the second consecutive Likud Central Committee Chairman to leave the party looking for more power. The first one, Tzahi Hanegbi who left to Kadima and was charged with handing out jobs to cronies and nearly convicted of perjury, is now back in Likud because Kadima has entirely crashed. He’s looking for a slot on Likud’s Knesset roster.

But that’s not what’s so maddening. After all, corrupt gangsters are all over the political spectrum peeking their heads in and out of political crevices looking for a slice of tax money. I am a voting Likud party member, and I don’t care all that much that Hanegbi is coming back. I simply won’t vote for him. What’s maddening is the reason that Kahlon is popular and polling 27 Knesset seats if he runs with former Kadima Diva Tzipi Livni, another a Likud defector.


The only reason that Kahlon is popular is that I, an Israeli citizen with a cell phone, only have to pay 20 shekels a month for good service now instead of 400. Why is that? Because Kahlon, in a fit of what must have been Divine Inspiration, decided that he, as Communications Czar of Israel, would just let the market be, get out of the way, and do absolutely nothing.

Quite literally, the best thing he did forIsraelwas to say that he would no longer forbid any company that wants to enter the communications market to do so. He decided he would no longer protect big business with government threats. He decided, in effect, that there was no need for a Communication Minister at all. And voila! More companies sprung up offering much lower prices, and the whole country now benefits from the free market in cell phones. (Or at least much freer.)

But what makes me want to put my head in my hands and weep “Oy Gevalt!” is that the country has no idea what Kahlon did or why it worked. The entire media is describing Kahlon now as an economic socialist, and that it was socialism and ingenious government regulation policies that fixed the cell phone market. All the people know is that Kahlon went into office and then the cell phone bills went down, so they all love him.

And the worst part is, Kahlon himself doesn’t understand why he succeeded. He really IS a socialist, into the welfare state idea and all that. He just happened to have a flash of genius once and did something totally libertarian, totally unsocialistic, by getting government out of the market and just letting it function. Now he thinks he knows how to fix everything with government, andIsraelbelieves him and will vote for him to do just that.

He’ll take that mandate, try to tinker with the free market somewhere, and the people will be disappointed, his party will crash, and he and everyone who goes with him will come crying back to the Likud, as they all do. Even Avigdor Liberman came from the Likud way back when, and now he’s back too.

All government has to do is get out of the way and leave everyone alone as much as possible. It doesn’t take Kahlon-ic genius to do that. 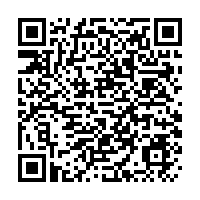