Imagine for a moment that I want to buy a car for 100,000 shekels. I’d rather not work and save, so instead I decide to simply print 100,000 shekels in cash so I can buy the car. I print it, I hand the pile over to the car dealer and the car is now mine.

What just happened here? I counterfeited 100,000 shekels and increased the money supply by 100,000 when I handed those shekels over to the car dealer. The average person, the kind that has to work for his money would say that I stole 100,000 shekels. But today’s economic experts like Stanley Fischer and Ben Bernanke and Paul Krugman would say that I gave “economic stimulus to the automobile industry.” So what really happened?

When an average person works in the private economy and saves money to buy a car, he produces more than he consumes, hence savings. In other words, he puts more into the economy than he takes out, the difference represented by the money he saves. There is now more value in the economy, more stuff because he worked harder, and he takes that real value represented by the money saved and buys a car for 100,000 shekels.

The car dealer now has 100,000 shekels of real value to invest in expanding his business, and thanks to the value that the saver added to the economy through saving, there is now more value in the economy with the same money supply. The value of the shekel goes up and prices drop just a little bit, and everyone owning shekels gets a bit richer thanks to the saver. The car dealer can now expand his business and safely assume the demand is there to match his increase in supply. The economy grows.

Now, if I simply print up 100,000 shekels and give it to the car dealer, I added zero value to the economy. There is no more useful stuff. Just paper. I did not save a thing. All I am doing is taking from the economy without adding anything to it. Worse, the 100,000 shekels I added to the money supply makes the value of the shekel go down a little bit, since more shekels are now chasing the same amount of goods. Prices go up. Everyone gets poorer, except for me of course, because I got to buy the car before the money supply went up. The act of me buying the car was itself the action that made the money supply go up in the first place. I, the money printer and the first new money user, am up one car. Yay for me. But everyone else besides the first person to use newly printed money loses.

Now, let’s say I stop printing money and the car dealer expands his business with the new shekels. Since everyone is now poorer, there is no new demand to match his new supply. The signal he got of new demand for his cars was wrong, because the 100,000 shekels I printed did not represent added value to the economy through saving. Demand is not there, his business overexpands and he has to cut back and contract by selling cars for cheaper and taking a loss. His business shrinks or “goes into recession,” but cars get less expensive for everyone else.

But let’s say I keep printing 100,000 shekels every day and buy another car with it day after day after day. The car dealer will keep misinterpreting the sales as new demand that doesn’t actually exist. He will keep expanding. It will look like the economy is growing and growing, the statistics the government puts out on car sales will skyrocket. But really, only I and the car dealer are benefiting. Everyone else is suffering inflation and getting poorer and poorer every time I print. At some point I will have to print more than 100,000 to buy each car since the money supply is expanding so rapidly, but that’s no big deal for me. It takes the same effort to print 150,000 as it does to print 100,000. I keep getting richer. Inflation doesn’t bother me. The car dealer keeps expanding and cars become so expensive that no one can buy them. Then let’s say suddenly I stop printing shekels and stop buying cars. The car dealer’s business totally crashes, and he goes out of business in a bankruptcy sale. All the cars get sold to the public for ultra cheap. His business “goes into depression,” but cars are suddenly cheap for everyone else.

Fitch Maintains Israel’s A+ Rating with a Stable Outlook 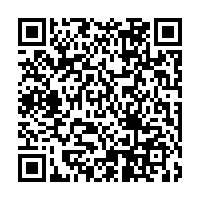