Oh, the irony! Canada’s foreign minister, John Baird, has been lambasted for meeting with an Israeli government official in eastern Jerusalem – but barely anything has been said about the minister with whom he met: None other than Justice Minister Tzipi Livny, possibly best known for her willingness to divide Jerusalem in a final settlement with the Palestinian Authority.

As noted here in the past, Livni basically lost her chance to be prime minister because of her stance on Jerusalem. In late 2008, after she rose to the helm of the Kadima Party, Kadima won the national election and Livni was handed the chance to form the government. However, in part because of her willingness to grant Arab control to parts of Yerushalayim, she was unable to sway the Shas Party to join her coalition and Benjamin Netanyahu became prime minister instead.

Earlier that year, then-Foreign Minister Livni led negotiations with the PA – and promised PA chief Mahmoud Abbas that Israel would cede the entire Atarot airport complex in northern Yerushalayim. She has repeatedly stated that though she knows the entire Land of Israel is ours, she believes there will be peace only if Israel agrees to split Yerushalayim.

Others believe, of course, that statements of that type actually keep peace from arriving, for they encourage the Arab parties to maintain their intransigence.

Rather than ask why Minister Baird met with Minister Livny in the eastern Jerusalem office, why not ask why Minister Livny agreed to meet there with Minister Baird? She certainly knew the fallout that would result, placing her in the same corner as the Land of Israel loyalists with whom she started her career (her father was an Etzel officer in 1948, along with Menachem Begin, and she herself was a longtime Likud member and MK). She has not commented on the matter on her Facebook page or in any other public forum; she would likely prefer that the matter be forgotten.

In any event, John Baird has once again been shown to be true-blue with Israel. He also toured an IDF outpost in the Golan Heights on his recent trip, and in the past has visited the Old City of Jerusalem with an Israeli escort. Both the Golan and eastern Jerusalem are considered hot spots that many Western political officials make sure not to visit so as not to be viewed as recognizing Israeli control there.

Minister Baird deflected all criticism of these visits, however, and especially the most recent one in the Justice Ministry. He said they are “irrelevant” to the larger discussion of Middle East peace.

Israel’s Foreign Ministry spokesman Yigal Palmor also defended the meeting. “There should be nothing unusual about meeting Israel’s justice minister in [eastern] Jerusalem,” he said. “What is strange is that this is the exception.”

Though Canada’s embassy in Israel is not in Jerusalem but rather in Tel Aviv, and though Minister Baird emphasized that he supports the PLO’s bid for statehood, Canada is a very strong friend of Israel – possibly its best in the world.

“The great struggle of our generation is the struggle against terrorism,” Baird told an Israeli TV station last week, “and far too often, the Jewish people, Israel, has been on the front lines of that struggle. We want to work with Israel to see a lasting peace in this region.” He also related that he had urged Abbas to agree to resume talks with Israel without preconditions, but to no avail.

Canada and Israel have strong, multidimensional bilateral relations that have only intensified in recent years. The relationship has been marked by increased cooperation in public security, defense, trade and investment, with increasing numbers of ministerial visits.

The PA did not let Canada or Minister Baird off lightly for his visit in eastern Jerusalem. Chief PLO negotiator Saeb Erekat sent him a sharp official letter of complaint, alleging that he had violated international law by “knowingly aiding another state in the perpetration of a crime.” The referred-to “crime,” based on the 1949 Fourth Geneva Convention, is that of attempting to annex what Erekat called “our capital,” and of transferring civilian population to occupied areas.

However, many legal scholars agree that Israel’s policy in Judea, Samaria and Jerusalem in no way violates the Geneva Convention.

Eli E. Hertz – a member of our International Keep Jerusalem Council and president of Myths and Facts, Inc., which researches and publishes important topical matters regarding global U.S. interests – has written on this topic extensively. He explains that when the Convention refers to “occupied territory,” it has the Nazi occupation of Europe in mind, and that there is no legal basis for using the term in connection with the Israeli-Arab conflict.

Hertz quotes Professor Julius Stone, a leading authority on the Law of Nations, as categorically rejecting use of the term “occupied territory” to describe Judea, Samaria and eastern Jerusalem. This, for the following reasons:

● The relevant clause, relating to the invasion of sovereign states, is inapplicable, because Judea and Samaria (Yesha) did not belong to any other state. Israel did not capture Yesha from its legal sovereign, but rather from Jordan, whose rule there was recognized by only two countries: Great Britain and Pakistan. Even the Arab League did not approve of Jordan’s “annexation” of these areas.

● The relevant article in the Convention was formulated in light of the Holocaust, seeking to prevent genocide – which is not a fear in the present situation.

● Settlement of Jews in Judea and Samaria is voluntary, does not displace local inhabitants, and is associated with a dramatic improvement in the economic situation of the [local Arab] inhabitants since 1967.

As such, Israel is not in violation of international law, and Minister Baird took the proper moral stance in recognizing that Israel, and not any Arab entity, has the most valid claim – if not the only one – to the Holy City, Yerushalayim. 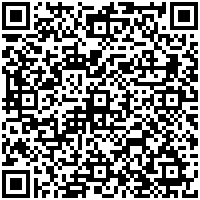