The voice belonged to the head of the Israeli paratroopers, Colonel Motta Gur, and he was announcing the Israeli army’s victorious reuniting of Jerusalem in the 1967 Six-Day War. Blessings were recited by soldiers; Rabbi Shlomo Goren, the IDF chief rabbi, recited a blessing and the memorial prayer for fallen Jewish soldiers, and then sounded the shofar. All over the world, Jews were thrilled with the Israeli victory. The thought began to creep into the forefronts of people’s minds, with all of Jerusalem and the Temple Mount in our hands, could Moshiach be far off?


It’s been more than 50 years since that glorious day, and Moshiach still hasn’t arrived. The Six-Day War wasn’t the first time the State of Israel and messianic hopes were connected. Rabbi Eliyahu Guttmacher wrote, “It is clear to me that if 130 families of Israel begin to till the land in our holy land, this will be the beginning of the redemption even if the people are not yet worthy.” Commenting on Rabbi Guttmacher’s prediction, Rav Tzvi Yehudah Kook taught, “Certainly, this great saint desired the increase of Torah and its glorification, but the order of redemption is: agricultural settlement, the establishment of the state, and as a consequence the uplifting of that which is sacred, the dissemination of the teaching of Torah, its increase and glorification.”

Arguing for the messianic significance of the State of Israel, Rabbi Yehudah Amital wrote, “When the State was established, some of the great Torah sages in the world declared [that] although we are not living in the time of ‘the revealed end’ of the “footsteps of the Moshiach,” there is still great importance to the political freedom of the State of Israel. For these reasons, the chief rabbis, including Rav Herzog, zt”l, ruled that the establishment of the State of Israel is the beginning of the flowering of our redemption.”

Rabbi Yitzchak Yaakov Reines was one of the founders of Mizrahi, the religious Zionist movement. He wrote, “[Zionism] is an idea whose fundamental principle is to improve our physical situation and to obtain for our brothers of the house of Israel who are oppressed and pursued without respite a place of secure refuge in our Holy Land. This has nothing to do with spiritual or religious matters.” Another stalwart of the religious Zionist Mizrahi movement was Rabbi Yosef Dov Soloveitchik. Rabbi Soloveitchik wrote, “Our historic obligation, today, is to raise ourselves from a people to a holy nation, from the covenant of Egypt to the covenant of Sinai, from an existence of necessity to an authentic way of life suffused with eternal ethical and religious values, from a camp to a Congregation.” Neither Rabbi Reines not Rabbi Soloveitchik saw Zionism and the founding of the State of Israel as the start of the Redemption. Rabbi Herschel Schachter said, “Rav Soloveitchik did not specifically call [Israel] the “at’chalta degeulah.”

There are many arguments to make in favor of Zionism and the State of Israel being the start of the messianic era, three signs Messiah is coming are the nation of Israel’s return to its land; the abolition of our subjugation to foreigners, and the blossoming of the Land of Israel. We see these three things happening today. There are also as many counter arguments to make against the claim. Many Torah scholars maintained the redemption cannot come about through a heretical movement that opposes Torah observance. Others felt we can’t know G-d’s plans without G-d telling us through prophecy. Rambam also warned against predicting when Moshiach would arrive, a warning that history has unfortunately proven correct, with false messiahs causing untold damage and dashed dreams.

Rambam wrote we celebrate Purim to “inform the future generations of the truth of the Torah’s promise ‘For what great nation is there that has G-d so near to it, as the L-rd our G-d is at all times that we call upon Him?’” Whether the founding of the State of Israel is the beginning of the redemption will remain a source of debate among religious Zionists, but G-d’s answering the Jewish people’s prayers to return to Eretz Yisrael, settle the land and govern it is undeniable. The countless times Israel and its people have survived wars has further demonstrated Zionism and the State of Israel’s providential significance. 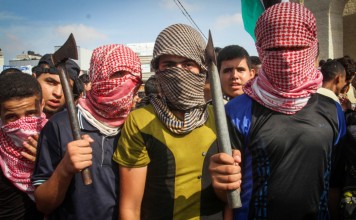