The Pro-Israel community won a great victory in the U.S. this past September with the 420-9 passage of a new billion-dollar funding bill to replenish Israel’s Iron Dome missile system. The funding was put at risk when the progressive caucus of the Democratic party threatened not to vote for a stopgap spending bill aimed at averting a government shutdown unless the Iron Dome funding was pulled from the bill. Establishment Democrats pushed for a standalone Iron Dome funding bill. Although the bill passed by an overwhelming majority, it wasn’t the victory it seemed. In the euphoria of shutting down Israel’s haters in Congress, the Pro-Israel community didn’t notice three consequences of the progressives’ attack on American aid to Israel.

When Senator Bernie Sanders made his run for President in 2016, mainstream America was exposed to modern progressive political thought for the first time. Until then, ideas like wealth redistribution, massive taxes and social justice issues as domestic policy were the talk of the fringe left in American politics. Sanders’s campaign inspired other progressives to make their own run for Congress, and as the 2018 and 2020 campaigns came around progressive issues became part of mainstream American political discourse.


Close to ten progressive members were elected to Congress, and they were led by just a few members who called themselves “the Squad.” By their own admission, these members had little to no expertise in foreign affairs issues. When asked about Israel, the squad were harshly critical of Israel, even making statements that crossed the line into antisemitism. Yet, Israel wasn’t on the top of their agenda and Israel’s supporters were comforted that the squad wasn’t a threat because of this.

With the entire stopgap bill at risk, the Squad didn’t make their social policies the issues it was worth shutting down the federal government for. Instead, the progressive wing placed the one billion dollars in Iron Dome funding as their most important issue. Progressives moving Israel to the top of their list was unexpected, and it’s something that should worry supporters of the U.S.-Israel relationship.

Another factor that changed with the Iron Dome funding episode was the confidence Israel supporters had in the progressive caucuses’s low numbers. With barely ten votes, the Squad was loud but ineffective at passing legislation. But the close results of the 2020 election gave the Democrats a slight majority in the House and made the squad’s ten votes consequential on partisan legislation.

In the stopgap vote, the squad were able to parlay their ten votes into stripping the Iron Dome funding from the legislation. A tiny minority of anti-Israel legislators were able to hold the entire House of Representatives hostage to get what they wanted. Supporters of the U.S.-Israel relationship should be concerned that in a partisan Congress with one party holding a small majority, the Squad can stop pro-Israel legislation.

Tens of Congresspeople stood on the House floor and spoke of the importance of America replenishing Israel’s supply of Iron Dome missiles. One common theme expressed by almost every speaker was the defensive nature of Iron Dome. Members of Congress were incredulous the Squad would try to stop Israelis from defending themselves against rockets fired by terrorists at innocent civilians. Their point is easy to understand – after all, what problem could anyone have with a defensive weapons system?

The problem with this line of argument is that Congresswoman Alexandria Ocasio-Cortez introduced an amendment to the U.S. defense budget bill which would stop $735 million in Joint Direct Attack Munitions going to Israel. These are kits that convert unguided bombs into precision-guided munitions. Certain members of the Senate (Patrick Leahy) have tried to stop American offensive weapons before, but haven’t been successful. Now, it will be easy for Israel’s opponents in Congress to argue defensive systems like the Iron Dome are one category of weapon systems, and while Congress allowed Iron Dome to be given to Israel, they should not allow offensive weapons to be sold by America to Israel.

This amendment not only further reveals the squad’s antisemitism but also displays a stunning lack of understanding of the Middle East, the Israeli-Palestinian conflict, and modern warfare. It is shocking that a Congresswoman who says she’s no expert on these issues feels comfortable proposing legislation about them.

Israel’s supporters in Congress and activists need to begin countering the Squad’s advances toward effectively passing and stopping pro-Israel legislation. I don’t have a silver bullet idea about how to do this quickly, but as an educator, I believe educating Americans and other members of Congress about the importance of the U.S.-Israel relationship, the nature of warfare, and the threats Israel faces from within and without are effective first steps. 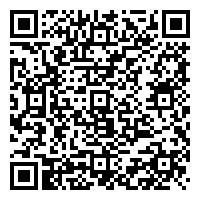