In a recent conversation about Zionist values, the following argument was made to me, “The Jewish people were never meant to rule over another people, and doing so contradicts all Zionist values.” This is a critique I receive frequently from Zionists upset with the current situation in Israel. Skipping the political side of the discussion, I’d like to focus on the use of power and whether Zionist values require limiting its power, especially over other peoples.

For 2,000 years Jews lived the existence of the victim. Powerless to determine their own future, the Jewish people faced persecution through Crusades, pogroms, and a Holocaust. Discussions of power and self-determination were the topics of fantasy more than realistic possibilities. Jews were at the whim of the ruling government of the land they lived in and had no hope of wielding power. Even the few Jews of Eretz Yisrael were subject to the ruling power’s laws.


Political Zionism aimed to give the Jews power over their own destiny. Instead of being oppressed and persecuted, early Zionists sought to establish a nation where Jews could flee and find refuge, as Israel’s Declaration of Independence stated: “The catastrophe which recently befell the Jewish people – the massacre of millions of Jews in Europe – was another clear demonstration of the urgency of solving the problem of its homelessness by re-establishing in Eretz-Israel the Jewish State, which would open the gates of the homeland wide to every Jew and confer upon the Jewish people the status of a fully privileged member of the comity of nations.” With the establishment of Israel, Jews would forever have the ability to defend themselves.

Zionists aimed to establish peace with its Arab neighbors, including Arab neighboring countries and Arabs who resided within Israel. Israel’s Declaration of Independence is instructive about Israel’s founders’ true intentions: “[Israel] will ensure complete equality of social and political rights to all its inhabitants irrespective of religion, race or sex; it will guarantee freedom of religion, conscience, language, education and culture; We appeal in the very midst of the onslaught launched against us now for months – to the Arab inhabitants of the State of Israel to preserve peace and participate in the upbuilding of the State on the basis of full and equal citizenship and due representation in all its provisional and permanent institutions.”

Early Zionist leaders debated how to relate to the Arab inhabitants of Palestine. The debate extended from the extreme suggestion of population transfers, where Arab inhabitants of Israel would be transferred to an Arab state and Jewish inhabitants of Arab states would be transferred to Israel, to an inclusive suggestion of offering citizenship with full rights to all Arabs irrespective of their view on Israel. In the end, Arabs who lived within Israel’s borders as established in 1948 were given Israeli citizenship with full rights equal to Israel’s Jewish citizens. Arabs who lived outside of those borders, but in lands that Israel controlled but never annexed, for example, Judea and Samaria (The West Bank) were given human rights but not offered citizenship.

Unfortunately for all, Israel’s offers of peace weren’t reciprocated. Arabs from a multitude of countries outside and inside of Israel fought against Israel instead of accepting its call for peace. Israel was forced to rule over enemy Arabs found inside Israel’s borders when the armistice lines were drawn to end the Independence War in 1948. In 1967, Arab armies attacked again and, in their defeat, lost the Sinai Desert, the Gaza Strip, Judea and Samaria (The West Bank) and the Golan Heights to Israel. Millions of enemy Arabs found themselves within the borders of Israel’s rule and Israel found itself ruling over millions of Arabs who did not want to be governed by Israel. Israel’s immediate offers of land for peace as an end to the conflict and a dysfunctional situation were rebuffed.

Many Zionists and Jews were upset with the governing power Israel was exercising over non-Jews within their borders. A debate opened in Israeli society and Diaspora Zionists about whether exercising power over non-Jews was consistent with Jewish and Zionist values. As former deputy prime minister and Israeli ambassador to the U.S. Dr. Michael Oren wrote, “Today, as an Israeli, I must confront questions that derive from having power. I had to decide, for instance, whether to support the construction of a fence which may provide greater security against terrorist attacks, but which evokes the very ghetto walls that Zionism aspired to topple.”

Ruth Wisse echoed these sentiments, writing, “In trying to withstand the Arab assault, Israelis, Jews, and concerned third parties tripped again and again over the same issue of power that had impeded the development of Jewish political history to begin with.”

In his well-known essay, “The Iron Wall,” Ze’ev Jabotinsky wrote, “The inhabiting of the land can, therefore, continue and develop only under the protection of a force independent of the local population – an iron wall which the native population cannot break through…. This does not mean that any kind of agreement is impossible, only a voluntary agreement is impossible … But the only path to such an agreement is the iron wall, that is to say the strengthening in Palestine of a government without any kind of Arab influence, that is to say one against which the Arabs will fight. In other words, for us the only path to an agreement in the future is an absolute refusal of any attempts at an agreement now.”

Today the debate continues in a healthy way. Zionists disagree on whether they should be ruling over others, with some Zionists on the left side of the political spectrum strongly opposing ruling over non-Jews and willing to sacrifice land to exit a situation they feel erodes the moral fabric of Israeli society, while some Zionists on the right see ruling over others as a part of Jewish tradition and have no issue with it. There’s a third school of thought that prefers not to rule over others but doesn’t see a viable alternative to ruling over those not willing to make peace with Israel. While the Knesset ultimately decides policy for the State of Israel, Zionists must each draw their own conclusions about Zionism and power. 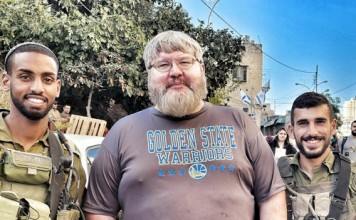 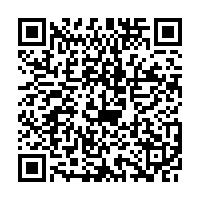