I recall, some  years  ago, a conversation I had with the Pastor of a group I guided  from Germany.

He was  a very nice man, and was apparently  pro Israel. One evening we had a heart to heart  talk. I told him, “as a believer in God and His justice, I often wonder, when will Germany finally get their due punishment?” He was silent for a moment and said, “I too wonder and fear the  day that I know must come.”
That was years ago.
I am reminded of that conversation as I observe the bedlam in Germany. Mass rape, indiscriminate killings..a country gripped in fear and hopelessness.  This is  clearly only the beginning and they know it. They have  no solution.
Against all logic, Germany opened its borders to millions of Muslims bringing with them the finest values of the places from where they came..
What made Germany open the gates to hell?
My Pastor friend and I are probably reminiscing about the same conversation at this very moment.
London has it’s first Muslim  mayor, Norway will have three very soon. Europeans are gripped in  fear and uncertainty, yet continue to  feed the beast.
It would be incorrect to  say that they are doing absolutely nothing to battle the barbarian invasion. They continue to pull out all stops into the effort to create another terror state in the belly of Israel. The (fictional) Palestinian state will solve all the problems…
Logic? We are living in extraordinary times when logic is not king, nor  even  a piece on the chess board.
Could it be that they are still trying the old strategy of appeasing the Muslim world and hate by sacrificing Israel? But they tried that  and terror just gets bolder in Europe. What else CAN it be? Could it be that Esau just plain  hates Jacob, like seventy years ago? But that would be totally irrational…..
Speaking of conversations, I had another interesting one this week.
I struck up a conversation with a street sweeper. He was obviously Arab and I enjoy practicing my newly acquired language skill.
Turns out he is from Jordan and lives in Jerusalem for the last fifteen years. He came here on the Israeli government’s “family reunification” program.
He married an Arab from Jerusalem(Israel) and thus is entitled to  join her here. Many thousands become Israelis in that way. Funny howlove always leads to Israel and none  in Jordan..
Anyway, this fellow was pleasant and was happy to tolerate my newest tongue.
I asked him, “why does he think that Muslims are killing each other in so many places today?
He became very serious and indignant.”It’s the Shia Muslims, who really are not Muslims at all. They are the problem.”I would gladly give my life and that  of my son to kill them!”
And what about Isis, the Sunni crazies?
His answer was that they do not really follow the Koran. They are not real Muslims  either. I asked him where are the real Muslims? Either my Arabic ran out or he did not give a clear answer. One thing  is clear though ; he is very happy he found his “beshert” ( love destiny) in the Jewish state.
Below is the itinerary of my monthly tour. Feel free to spread the word.
Shabbat Shalom
“Jerusalem – Inside Out”

Samuel’s tomb and the best view of Jerusalem and surroundings from the roof of the Crusader castle above the tomb.

Mount Zion –  The refurbished tomb of King David.
Visit the “Chamber of the Holocaust” which pre dates Yad Vashem. Unforgettable.
Zion Gate and the 1948 and 1967 war stories.

Mount of Olives – From atop the world’s oldest Jewish cemetery, the best view of the Temple Mount; site of the first,

Shimon Hatzadik’s tomb and the renewed Jewish neighborhood there. Enter the ancient catacombs of the Sanhedrin.
Meet with Jewish residents who are bringing Jewish life back to the places that Jews were expelled from in 1948

Departure and return for both dates, from the Inbal hotel at 9:30
Return 5:00
Bring  lunch
Cost: 150 Shekels

Walking tour of Mount Zion
August 15
Meet at Zion Gate  at 11:00. No bus
We will visit sites on Mt Zion and part of the Jewish Quarter
app. 3 hours
Cost 50 shekels 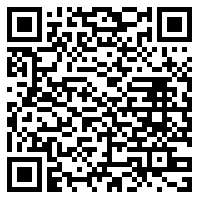