Eugene Kontorovich, a professor at Northwestern University School of Law and an expert on constitutional and international law, tweeted Thursday night, following the indictment of the director of the World Vision charity in Gaza for diverting to terrorist ends the millions in charity contributions from evangelical Christians intended to support Gaza’s indigent population, noted Thursday night that WV was not an innocent bystander in this story of deception and terror. He pointed to a World Vision official publication titled, “Advancing a Just Peace in the Holy Land,” which states clearly:

“WV is committed to supporting initiatives, whether exclusively Palestinian, Israeli, or joint, operating from a framework of ‘coresistance.’ We welcome Israeli actions that resist the occupation and work towards restoring rights for Palestinians living in Israel and the occupied Palestinian territories.”

Clearly, despite their hectic claims to the contrary, WV saw its mission in Gaza, Judea and Samaria as going much farther than feeding the children of the Holy Land, as its Australian CEO claimed Thursday.

Kontorovich then asked, speaking of innocent bystanders, “Can Israeli ‘human rights’ organizations that are World Vision’s ‘partners’ in ‘co-resistance’ please comment on that partnership?”

The same WV publication lists the charity’s numerous local partners in supposedly improving the lives of the suffering civilian population in Gaza. In a separate section headlined “OUR PARTNERS,” the charity lists “a number of local Israeli and Palestinian partners” with whom it collaborates, “along with international partners,” on “advocacy campaigns that focus on issues affecting the wellbeing of children in the Holy Land.”

We’ve already learned from the state prosecutor on Thursday that the work carried out by World Vision’s director and staff had nothing to do with the wellbeing of those children, but supported instead the murder of Jewish children and other Jewish civilians on the other side of Israel’s border. Now it’s time to examine who was in cahoots on the ground with the Hamas-run organization, and they should conceivably provide a record of their activities with Mohammed El Halabi, the Hamas-member director of the charity in Gaza.

Would a Knesset committee assemble the following NGOs’ representative for a hearing on their ties with El Halabi? According to World Vision, these NGOs are:

Israeli legislators and policymakers should find out the extent of the cooperation between these organizations and the man who was central to the advocacy campaign against Israel in the past decade, and who was also an agent for a major terror organization condemned by the civilized world. 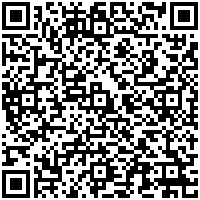