A senior health ministry official told Reshet Bet Radio on Tuesday morning that the obligation to wear facemasks in the open air may be lifted next week, in light of the decline in morbidity data and the assessment that wearing masks is still important inside buildings or during crowded gatherings. The same source stressed that it may still be necessary to wear masks in large outdoor gatherings.

According to the same source, an increase in morbidity data is expected in the near future, among other things because the decline in data on Passover was probably influenced by reduced testing. The senior official also said that there could still be an outbreak of the pandemic when children would become infected and in turn infect unvaccinated adults—but noted that the probability of this happening is not high.


The health ministry on Monday authorized the IDF to begin a pilot program in which the obligation to wear masks during training and activities in the open air of training units will be abolished. The relief is conditioned on at least 90% of the soldiers participating in the operation being vaccinated against or recovering from Corona. At the end of three months, the continued implementation of the relief will be considered.

According to the health ministry, 375 new patients tested positive for Corona on Monday, out of 55,508 test results obtained.

As of Tuesday morning, Israel has 319 Corona patients in severe condition, out of whom 175 are on respirators. To date 6,253 have died since the outbreak of the pandemic in February 2020.

Earlier this week Kan 11 News reported that most members of the health ministry’s pandemic management team support the abolition of the obligation to wear masks outdoors. It has also been proposed to allow immunosuppressant patients who received two doses of the vaccine but don’t have enough antibodies in their bodies to receive a third dose of vaccine if they so wish. The team’s recommendations will be submitted to Health Ministry’s Director-General Prof. Hezi Levy.

The ministerial Corona committee on Monday evening approved in a telephone poll the extension of the Corona testing rules for passengers entering Israel, which state that passengers must be tested 72 hours before entering Israel and pass an inspection at the border station after arriving in Israel. The extension will remain valid until Tuesday, May 4, 2021

Meanwhile, the first study of its kind was conducted at Ziv Medical Center in Tsfat and was published this week as a letter to the editor in the Journal of Hospital Infection (BNT 13b2 Pfizer vaccine protects against SARS-CoV-2 respiratory mucosal colonization even after prolonged exposure to positive family members), showing that the Pfizer vaccine also protects against carriers of the disease.

Dr. Shimon Edelstein, Director of the Infection Prevention Unit at Ziv Medical Center, along with other colleagues, investigated the carrier phenomenon of the vaccine among vaccinated employees and concluded that Pfizer’s vaccine is also effective in preventing the virus from attaching to the mucous membranes of the airways, preventing carrying by the vaccinated.

“In the course of the study, we followed the hospital staff who were vaccinated and reported that they were in close contact with an unvaccinated family member who had contracted the Corona,” Edelstein said.

Fourteen vaccinated workers had reported the presence of a verified COVID-19-positive family member in their home. Based on serology, one of the employees was defined as a recovering patient. Thirteen workers had been vaccinated with two doses of the vaccine, and on the day of exposure, they were at least eight days after the second dose (the average time was 25 days).

The workers, who ate and slept at home with their corona-infected relatives were tested several times throughout the said relatives’ illness—as they have great potential for long and significant exposure to the virus.

“We found that no carriers among any of them,” said Edelstein. “No worker was found with the virus in their airways, despite their presence in an environment full of the virus.”

Edelstein recognizes the fact that this is a relatively small sample of only 14 vaccinated people, but says that “at this time, everyone around the world publishes all the information they know and contribute their share to global scientific research.” 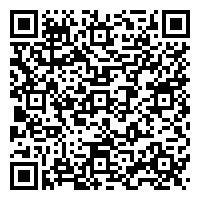