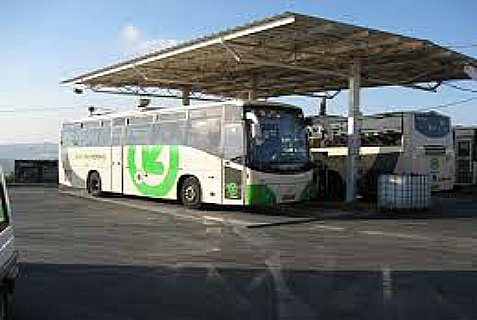 One of the things I like about my job is the opportunity it gives me to meet and learn about different kinds of people and their cultures.
Over the many years of guiding and meeting a varied group of people I feel have learned a lot.

My latest group were Catholics from Germany. They were led by their spiritual leader, whom I assume was their priest though he wore every day clothes. He seemed just like “one of boys”. He was quite nice and made my job easier, especially since German is not my first or second language.

The people in the group were mostly elderly, pleasant and friendly . There were just a few sour pusses and I kept wondering is it perhaps because they had a (German) problem being in a Jewish run country or with me as a Jew.

Perhaps my Holocaust consciousnesses can at times reach paranoia levels ; maybe.
I am certain that almost all are the children of parents who played some role, passive of active in the war against the Jew and have secrets they do not share.
This is not new or even very interesting to me anymore.

I usually do not guide Germans or Christian groups in general. This is because I do not work on Shabbat and for the agents this is simply a technical headache.
I was a asked to guide this group because the agent needed a solution – any solution to an emergency: A group was on its way and for some reason there was no guide at the last minute. Panic in their office.

From experience, I have learned , much to my amusement that companies who never call me will do so with the most flattering enticements to take the job.
Apparently I am the extreme emergency go to Shomer Shabbat guide. All of a sudden this becomes an advantage.
I demanded pay and conditions that only one with my leverage at that crucial moment could demand – and receive.
The company is a well known one in East Jerusalem. It is Arab owned and run.
So here I was guiding Germans and working for Arabs.
Interesting position to be in for a nice Jewish boy from Brooklyn.

What I found to be the most interesting part of this experience was the opportunity to communicate with my Arab driver.
He is a young man from Jerusalem and is totally new on the job. In fact I was his “first guide”.
He explained that he was not familiar with the north (where we began our touring days) and he relied upon me to help him.
He could not communicate with the tourists and again looked to me for help.
The company gave him a small bus with one of the chairs broken . It seems the group complained about it and it all came down upon his head as the company gave him a fierce lashing on the phone. Poor guy; it wasn’t his doing but he was the scape goat, lowest on the ladder. He was visibly shaken and pleaded with me to say good things about him and his work to the group leader and to the company.
I assured him that in my eyes he was a perfect driver and person and I made sure that the group leader gave him an assuring hand shake and kind words.

Once while waiting for the group in the hotel lobby, I asked him”why is there is so much violence in Arab society”?
He said that Arabs,” just want to eat and have good times”
I wasn’t sure that he understood my question. His Hebrew is not great and my Arabic is worse.
He then told me that he is so happy to live in Israel where there is law and order, good economy, excellent medical care(his daughter was born with the need for dialysis)
He explained that he married his cousin and so that might the reason for his daughter’s problem.. I asked him why he did that.
He said “Its all in the hands of Allah”.
That explains a lot.

When I told him that I will not be working on Friday and Shabbat and that an Arab guide will be replacing me he was not happy.
He said , “Arab”? I said “yes , is that a problem” .You will be able to communicate easier with him”
He responded gloomily,” Arabs always make a “balagan”
Loosely translated. it means that things will not go smoothly.

Unless this was one big show for my benefit, he really has every reason to be very happy living in a Jewish country and working with a Jewish guide rather than an Arab.
(I think that we could survive and grow just fine with out him or the other Arabs that he apparently does not love, but that is another subject.)
I believe him. It makes sense objectively.
Assuming he is actually an honest person and not deceiving me ,still I try to imagine what life would be like living in a country run by a majority of good people like him and his family as opposed to one in which there is a majority of people like me and my family.

In the former case this would be another failed Arab country.
In the latter; a beacon of blessing and progress.

Yes, I learn much on my job. 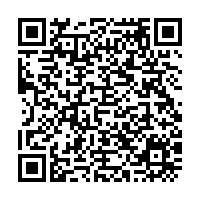