Davka, why, how could the Yeshiva University’s Cardozo Law School invite the avowed, lying anti-Semite Jimmy Carter and award him with their  International Advocate for Peace Award?

Here are some quotations from a review by Mitchell Bard of his book  Palestine Peace Not Apartheid by Jimmy Carter:

It is clear from the beginning, however, that facts are of little concern to Carter who sees Israel as “the tiny vortex around which swirl the winds of hatred, intolerance, and bloodshed.” It is certainly true that Israel is subject to these winds, the question is why he blames the victim. Why doesn’t he see the Islamist rejection of a Jewish presence in the region as the problem, or the unwillingness of the Palestinians to accept a two-state solution?

Some statements are outright falsehoods, such as his unsubstantiated claim that Israel stole money sent to the Palestinians for humanitarian purposes when, in fact, Israel itself provides such funds, as does the United States and many other countries. While he presents no evidence for his assertion, he ignores reports by organizations such as the IMF, which found that Yasser Arafat stole $900 million of the international aid.

Carter is consistent in his blaming Israel for the Arabs’ own mess.

As with most of Carter’s recent statements about Israel and the Palestinians, instead of facts we get vignettes from recent Carter travels. And while he finds “a growing sense of concern and despair” among “increasingly desperate” Palestinians, polls do not sustain this view. The most recent survey by the leading Palestinian pollster, Khalil Shikaki (done in August, the same month Carter visited), shows “considerable improvement in public perception of personal and family security and safety in the West Bank and a noticeable decrease in public perception of the existence of corruption in [Palestinian Authority] institutions.” This does not sound like despair. In fact, positive views of personal and family safety and security in the West Bank stood at 25 percent four years ago, 35 percent two years ago and 43 percent a year ago, and they have risen to 58 percent in the past year, Shikaki reports. There are other ways to measure quality of life in the West Bank: The International Monetary Fund recently stated that “macroeconomic conditions in the West Bank have improved” largely because “Israeli restrictions on internal trade and the passage of people have been relaxed significantly.”

Not only are we in Israel in shock over the decision of Cardozo Law School to award Jimmy Carter, but Cardozo alumni are outraged [see the article in the JewishPress.com]:

A Message To Cardozo Alumni

On Wednesday, April 10, 2013, Jimmy Carter will be honored at the Benjamin N. Cardozo Law School, part of Yeshiva University, to receive the International Advocate for Peace Award from the Cardozo Journal of Conflict Resolution. Jimmy Carter has an ignominious history of anti-Israel bigotry. He is responsible for helping to mainstream the antisemitic notion that Israel is an apartheid state with his provocatively titled book “Palestine: Peace Not Apartheid”, the publication of which prompted mass resignations from the Carter Center. He has met numerous times with leaders of the terror group Hamas whitewashing their genocidal goals and undermining US efforts to isolate Hamas. And Carter’s record of slandering Israel is so voluminous that both CAMERA and Alan Dershowitz have written books refuting his lies.

If you return to the Biblical quotation at the beginning of this post and read it to the end you’ll see that we are commanded to care about true justice in order to survive and thrive in the Land God gave us, the Jewish People.

Justice, justice shalt thou follow, that thou mayest live, and inherit the land which the LORD thy God giveth thee.

The aim of people like Jimmy Carter, who claims to love the Bible is to deny us our God given rights, written clearly in the Bible to our Land.  The Yeshiva University Cardozo Law School is doing a grave injustice to the Jewish People! 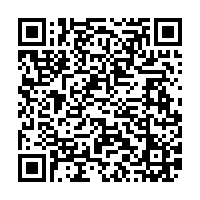