As of late, I’ve been writing a lot of what could be called a Myth-Breaking Series of posts. I’ve taken on subjects and issues which are highly misunderstood and distorted by most, like Jewish Morality and Apartheid.


Fatah only agrees to negotiate with Israel in order to destroy Israel by strengthening its corrupt and violent rule. The violence is not only against Jews. Ordinary Arabs suffer on a daily basis. Life under P.A. Palestinian Authority rule is awful. That’s why many Arabs do all they can to get work in Jewish businesses and communities. Giving the Arabs more independence and autonomy will only make their leadership, like Mahmoud Abbas crueler and more dictatorial.

“What was taken by force can only be regained by force”

On the occasion of Palestinian Nakba day – the day Palestinians commemorate “the catastrophe” of the establishment of the State of Israel – Mahmoud Abbas’ Fatah movement posted a drawing on Facebook that encouraged the use of violence to destroy Israel. “What was taken by force can only be regained by force, the 67th anniversary of the Nakba“[Facebook, “Fatah – The Main Page,” May 14, 2015] This statement appeared on an image showing the number 67 in Arabic numerals with the digit 7 made of a key, a rifle, and a map that includes the PA areas as well as all of Israel. Fatah often reiterates its support for the use of violence and arms to gain statehood  as Palestinian Media Watch has documented… 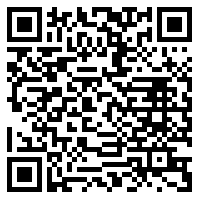