{Guest columnist,Matthew Karlovsky, M.D., is the Arizona Chapter director of Americans For a Safe Israel}

In late March 2015, a New Yorker article concluded that despite the difficult economic conditions of many Israelis, the Israeli public by and large did not trust Isaac Herzog and Tzipi Livni, who head the Zionist Union political bloc, with Israel’s security. And if it’s one thing Israelis understand more than anyone, it is that security matters more than any issue. Self-preservation, not suicide, is enjoined by Jewish law and common sense. To borrow a line from Bill Clinton, “It’s the security situation, stupid” – and that is the crux of where J Street fits in. Social justice movements for American Jews arrogantly apply ideals of democracy and justice based on American jurisprudence to make Israel out to be 100 percent guilty and the only party that requires direct pressure for results. The reality of the Middle East today, where Israel must not only survive, but also thrive, is that Israel is mortally threatened. Naïve Western idealism cannot be expected to negotiate and win with adversaries who believe might makes right. This is where liberal Zionism breaks down. Both ideals cannot continue to co-exist: Either there is a Jewish state for Jews in Israel and all others can take it or leave it, or there is pure democracy where Israel dies through majority vote as championed by those who wish a “Palestinian Right of Return” and voting rights and citizenship for all Arabs in Judea, Samaria and Gaza.


The J Street slogan “pro-Israel, pro-Peace” is a chimera of destructive doublespeak meant to fool American Jews into thinking that forced land concessions to the Palestinian Authority is the utopian answer to the century-old conflict. If only I could find it so easy to believe that the conflict is only over land. The idealism behind the Oslo Accords did not yield results because the P.A. is really the PLO (Palestine Liberation Organization), a terror-supporting autocracy that refuses to recognize Israel as a Jewish state. Unilateral land withdrawals placed Iran’s terror proxies on the border with Israel: Hezbollah, after Ehud Barak’s unilateral withdrawal from southern Lebanon, and Hamas in Gaza after Ariel Sharon’s unilateral withdrawal. If this is not a mistake to avoid again, I’m not sure what is. False high-minded morality gets people killed. Land concessions to terrorists do not lead to peace, they lead to war. A Palestinian state in the West Bank puts ISIS and/or Iran right on top of all of Israel’s population centers. This is suicide. J Street’s dangerous push to force an agreement is dangerous and cynical since “J Streeters” don’t have to live with the consequences of their bad ideas. They don’t serve in the IDF and they don’t live under Iron Dome. Left-wing Israelis are thankfully outnumbered by Jews who know better: ex-Russian Jews who lived under the anti-Semitic doublespeak of the communists, Sephardic Jews who lived as second-class citizens in Muslim nations, and a growing religious Zionist movement whose loyalty to the Torah and the land G-d promised reminded them at election time that Jewish survival is more important than an international social justice movement whose driving force is thinly veiled anti-Semitism. Torah, after all, came before the Balfour Declaration or the United Nations. This reality is painful for American Jews whose idealism this challenges. It would be nice to settle with the Palestinians if they would simply stop teaching their children to kill Jews in their school books, on TV and in their mosques. As Brent Stephens of the Wall Street Journal has said, if Israel’s neighbor were Canada, it would be easy to make a deal.

J Street’s major donors and founders are all big money bundlers for the Obama administration, such as Davidi Gilo and Deborah Sagner, and as such, the Obama administration is using J Street as a fifth column inside the American Jewish community to weaken its support for Israel’s security. In a 2012 meeting, J Street’s Vice President of Field and Campaigns Carinne Luck was recorded as saying their job was to provide the White House and sympathizers on Capitol Hill cover for enacting Israel policies that AIPAC and other mainstream Jewish groups would oppose.

This reflects the attitude that they are working for the Obama administration and don’t truly represent the larger American Jewish community. Their danger is the appearance they project as being Jewish when they actively undermine the mainstream. They fool Jews unfamiliar with them, and project Jewish ambivalence toward Israel to the non-Jewish community, and act as cover for Israel’s outright enemies. J Street was founded to counteract AIPAC, ironically supported by mainly Jewish Democrats. That tells you how far to the left J Street is.

At J Street’s recent March 2015 conference, self-hating Israeli American radical Marcia Freedman, member of the J Street Advisory Council and founder of Brit Tzedek v’Shalom, declared that Jews should live as a “protected minority” under Arab rule, saying, “Israel must become a true democracy in all respects … we need to imagine a homeland for Jewish people in which we are the minority … no matter who is in power,” essentially calling for the destruction of the State of Israel to resounding applause.

Jewish Voices for Peace’s 2015 Haggadah is a blatant anti-Israel screed, likening the “cleaning out of chametz” to the “cleaning out” the Haganah did of Arabs in 1948, and toasting, “L’chayim to the Boycott, Divestment and Sanctions movement.” A people who strap bombs to their children are depraved, without humanity, and do not deserve “social justice.” There is no morality that can support a group of people that strives for the outward and shameless destruction of another.

Arab anti-Semitism precludes a peace deal in our time. The Arabs have blown many opportunities for compromise in 1948, 1967, 1993, 1999 and 2005, because they want the whole thing. Jews have a long history, and we can wait a bit longer for better peace conditions, but no peace now with suicidal borders and suicidal neighbors. Bibi (Israeli Prime Minister Benjamin Netanyahu) is correct when he states that at this point in time there can be no Palestinian state. J Street’s founder, Jeremy Ben-Ami’s failed Twitter campaign of #BibiDoesn’tSpeakforMe, is correct, thank G-d. Bibi speaks for Israel. Ben-Ami doesn’t.

Learn about the real J Street on YouTube: search “The J Street Challenge.”

{Guest columnist,Matthew Karlovsky, M.D., is the Arizona Chapter director of Americans For a Safe Israel} 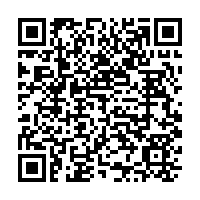