Hundreds of thousands of Israelis will be adversely affected by United States President Barack Hussein Obama’s visit to Israel.  The Israeli media and political bigwigs may be all gaga with excitement, but most other Israelis are filled with total dread.  The main road from Ben Gurion International Airport a.k.a. Natbag (Ben Gurion Airport) will be closed for hours today and when he finally leaves.

The King David Hotel has been brimming with activity, getting dozens of suites ready for the “royal” entourage; the 15,000-strong police detail is gearing up to guard against security breaches; streets and highways are being cleared of cars and closed off; the foreign press is descending en masse from all corners of the globe and provided space in which to set up their computers, microphones, and cameras; the local media have been promoting the coverage they will devote to the hot event; menus are being planned, speeches crafted, and the newly crowned Miss Israel — an immigrant from Ethiopia — is excitedly awaiting the gala dinner at President Shimon Peres’ house, where she will be introduced to her counterpart, Mr. America.

And all this is in spite of Obama’s decision not to address the Knesset. Indeed, he claimed that the purpose of this trip was to “connect with the people.”

To this end, the U.S. Embassy in Tel Aviv invited college students from around the country to submit essays on why they should be selected to attend the president’s large-scale “meet and greet” at the Jerusalem Convention Center. Given Obama’s insistence on being surrounded by sycophants, one can only imagine the syrupy content of the chosen applications. One can also figure out why Ariel University students were told they may not enter the competition. (Ruthie Blum)

Many, many Jerusalem roads will be closed off periodically during the too long visit, as will roads going from his hotel, The King David, which is in the center of Jerusalem, to all of the various buildings he’ll be entering in addition to the south of Jerusalem when he goes to a from Bethlehem and the north of Jerusalem when he goes to Ramallah.  And that Ramallah visit means that the large, normally bustling commercial-industrial center Sha’ar Binyamin will be closed off from its only access road.

This visit, on the Eve of the Passover Holiday is so horrendously timed that all involved would be totally condemned for their incompetent thoughtlessness and selfishness.  I know that I have been blogging an awful lot about it issue, but I’m not exaggerating one iota.

We Jews are an ancient and distinguished people.  We should have the confidence to remember that.  We also must remember that our help and salvation comes from God Almighty, not from the United States.

What is the theme of Passover?

Yes, that’s it in a nutshell.  It’s derived from the Bible,

Deuteronomy Chapter 6 דְּבָרִים. This is the time we’re supposed to remember that everything, including the State of Israel, our security, economic success and more are the gifts from God.  There is no human who can save us or help us.  This Obama-worship is a danger to the Nation, the People of Israel.

Davka, now on the Eve of Passover we should be remembering that our salvation will come only from God, not the President of the United States. 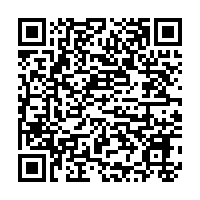