Reuters is calling it a “flare-up,” which seems a relatively benign word for renewed Arab terrorism and Israel’s reluctant response.

(Reuters) – A Gaza sniper shot dead an Israeli civilian over the border on Tuesday and Israel hit back with air strikes on two Hamas training camps which hospital officials said killed a Palestinian girl near one of the targets. The Israeli man, who the military said was working on Israel’s security fence, was the first Israeli killed on the Gaza frontier in more than a year. His death, which drew a swift threat of retaliation from Prime Minister Benjamin Netanyahu, came amid heightened tensions after two suspected Palestinian attacks – a bus bombing near Tel Aviv on Sunday that caused no casualties* and the wounding of an Israeli policeman in a stabbing on Monday.

Actually Reuters got it wrong about the bus bombing.  A policewoman who had responded to the scene was injured.

He said that two minutes later, a pair of patrol officers arrived. They started helping people get off the bus and away from the scene, but within minutes there was a powerful blast. Bozna said that a patrolwoman was lightly wounded in the blast, with light injuries to her ears caused by the sound of the explosion.


While Israel agreed to free more convicted terrorists just to convince/encourage/bribe the Arabs to sit down and negotiate with us for “peace,” the Arabs have responded with renewed terrorism.  Besides the bus Bat Yam bomb and the sniper killing, there was an attempted Arab terror murder of a policeman at the Hizme Jerusalem City Line.  B”H, the policeman is recovering but lost his kidney to the stabbing.

This attack caused major traffic problems for hours.  Don’t let the darkness fool you and make you think that it happened late at night.  It was actually mid-afternoon in one of the shortest days of the year. My fellow blogger and f2f friend, A Soldier’s Mother lists quite a few terror attacks that took place this week within 30 hours.

In the last 30 hours in Israel…

Are we supposed to be panicking? I’m glad that the IDF is responding, but our Government should do more. It should send the American “facilitators,” aka US Secretary of State Kerry and crew packing. This is no time for negotiations. Peace will not be achieved any time in the near future. By consistently ignoring the Arab terrorist policy we just encourage them and cause more terrorism. 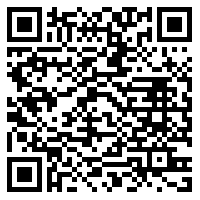