The past few days Jerusalem and other Israeli cities are suffering from violence, rioting, traffic disturbances and worse as many young, fit chareidi men “protesting” serving in the IDF, Israel’s army. The excuse they give for not serving in the army, even in the special chareidi units, is that it would cause them to leave their prime holy occupation of studying Torah.

If studying Torah is so crucially important to their lives, why aren’t they in the Beit Medrash, Study Hall?


The effects of their rioting have been absolutely awful for many people in Israel. They are causing a major chillul Hashem, hatred of all things Jewish and connected to Torah. They are going against all aspects of the crucial derech eretz.

Even if there is truth to the claim that the “demonstrators” are from the followers of a small extreme rabbi, there’s no excuse. Considering the numbers and enthusiasm of the rioters, it’s hard to fathom the claim that this is a small marginal group.   And if so, where are the real leaders of chareidim, and why aren’t they stopping it?

Many esteemed Torah leaders, even chareidi, have shown great respect for our soldiers who risk their lives and postpone their education to protect us us here in Israel. And in the Torah it clearly states that all of the People of Israel must fight together against our enemies. This anti-IDF ideology is actually anti-Torah and anti-Jewish. 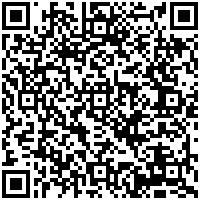